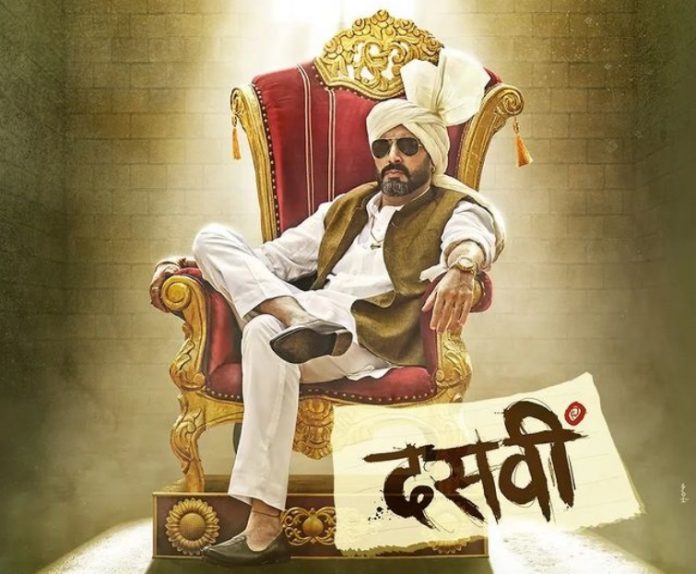 Abhishek Bachchan, who is known for his spot on comic timings is once again returned to the comedy genre with Dasvi while accompanying Yami Gautam and Nimrat Kaur. The story of the film is about a chief minister Ganga Ram Chaudhary played by Abhishek, of a pseudo state Harit Pradesh, who gets arrested in an alleged teacher’s recruitment scam. This is when he urgently hands over his responsibilities as the chief minister to his wife Bimla Devi played by Nimrat Kaur with an impression that he would be able to dictate his wife even while he remains in prison.

However, a strict and newly appointed superintendent of the prison, Jyoti Deswal, played by Yami, makes things tough for Ganga Ram Chaudhary and reminds him that he is not educated enough to do other chores while in prison. This is when Ganga Ram , who has not studied more than 8th standard decides to appear for the tenth board exams. While things get tough for the former chief minister while in prison, his inmates help him to prepare and faces an unusual hurdle during his studies. And guess who comes to the rescue. For that you need to catch the film on Netflix and Jio Cinema.

Talking about the performances, Abhishek Bachchan has surely worked hard to get used to the tone and language of the region that he is the CM for. Bimla Devi, can be seen as never seen before and has given her best, as she transforms from a caring house wife to the chief minister of the state. Yami Gautam, the cop is another surprise package and gives justice to her character as a strict IPS officer.

The film is a complete entertainer, filled with drama and perfect comic timings from Ganga Ram and Bimla Devi. Yami Gautam has grabbed all the attention as a tough cop and her dressing sense makes her stand out and true to her character.