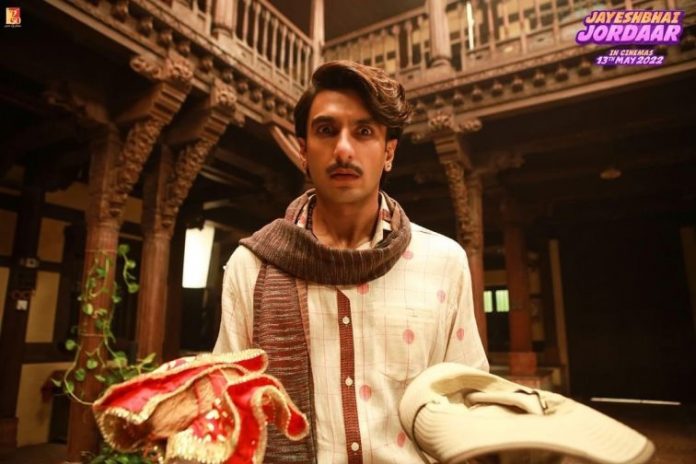 The much awaited official trailer of the upcoming film Ranveer Singh starrer Jayeshbhai Jordaar is finally out after many delays. The trailer has shown Ranveer Singh playing the lead character of Jayeshbhai, who seems to disagree with a few man-made norms of the society as he gets ready to take over the post of Sarpanch (head of the village).

The story is about Jayeshbhai who is a father of a daughter and his wife is expecting again. But Jayeshbhai’s parents are having expectations that this time their daughter-in-law should give birth to a son or else they would abort the child. This is when Jayeshbhai realizes that things are not how he wanted to be and fleas with his wife and daughter to protect his wife and his unborn daughter.

The film seems to be an entertainer with a message for people, who continue to commit such crimes to abort pregnancies with female fetuses. Jayeshbhai Jordar is written and directed by Divyang Thakkar and also stars Shalini Pandey, Boman Irani and Ratna Pathak Shah.