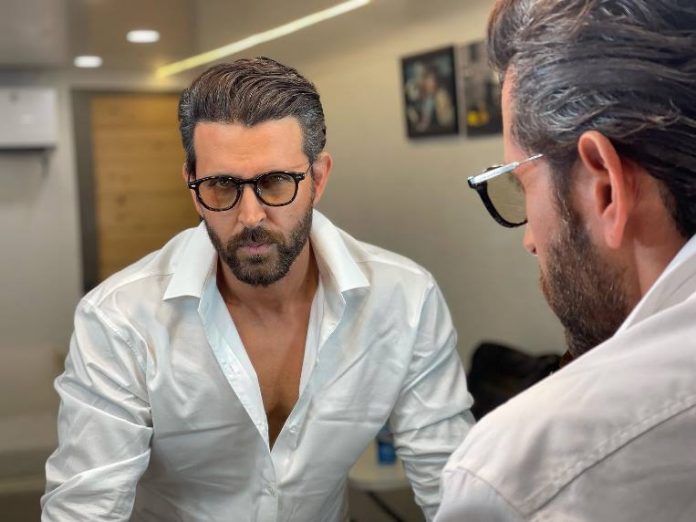 Fans of Hrithik Roshan are eagerly waiting for the upcoming film Vikram Vedha ever since the makers announced about it. To take the excitement to another level, Hrithik dropped a fresh picture of himself and the internet is calling him as the ‘Greek God’. The recent picture has shown the handsome hunk sporting a salt and pepper look with a stylish specks and a white shirt.

The upcoming film is a remake of the Tamil film with the same name and also stars Saif Ali Khan. Vikram Vedha is directed by the director duo Pushkar-Gayathri. The original film saw R. Madhavan Vijay Sethupathi playing the lead roles. The makers of the Hindi version had revealed Hrithik’s first look on his birthday on January 10, 2022.

The story of the upcoming film has inspirations from the folktale Baital Pachisi. Vikram is a police inspector who is on a mission to kill the gangster named Vedha. Vedha surrenders and narrates about his story to the cop which changes the perception on Vikram.