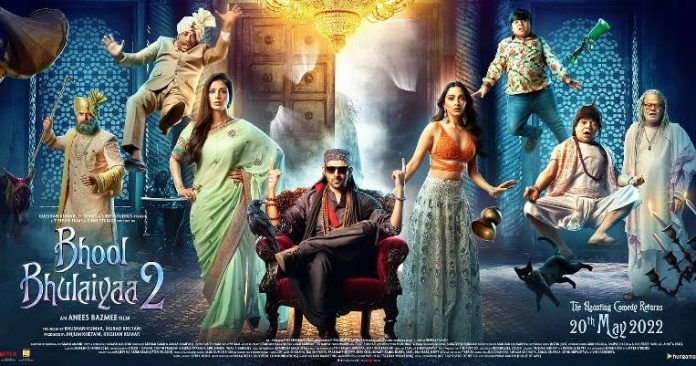 The Bhool Bhulaiyaa franchise is back with a sequel with Karthik Aaryan, Tabu and Kiara Advani in the lead. The makers of Bhool Bhulaiyaa 2 have launched the official trailer of the horror comedy. Bhool Bhulaiyaa was a 2007 flick with Akshay Kumar and Vidya Balan in the lead and was the remake of the Malayalam film Manichitrathazhu.

While Akshay was the core entertainer in the earlier film, Karthik Aaryan will be seen as Rooh baba while Kiara will be seen as Reet. Going by the trailer the character of Rooh Baba seems to be entertaining, who claims to be grown amidst spirits and also has the ability to see them.

The makers have reinstated Rajpal Yadav and Sanjay Mishra, without whom the sequel might not have been complete. Anees Bazmee is the man who made his magic wand work on the sequel. The earlier film was helmed by Priyadarshan. It will be interesting to see the Bazmee version of the franchise, that has earlier entertained the audience.

The trailer surely seems entertaining and interesting and also leaves the makers with a pressure that the film should be as entertaining as the Akshay Kumar starrer, amidst a time when South Indian films are dominating the industry. Bhool Bhulaiyaa 2 is ready to be released in theatres on May 20, 2022.