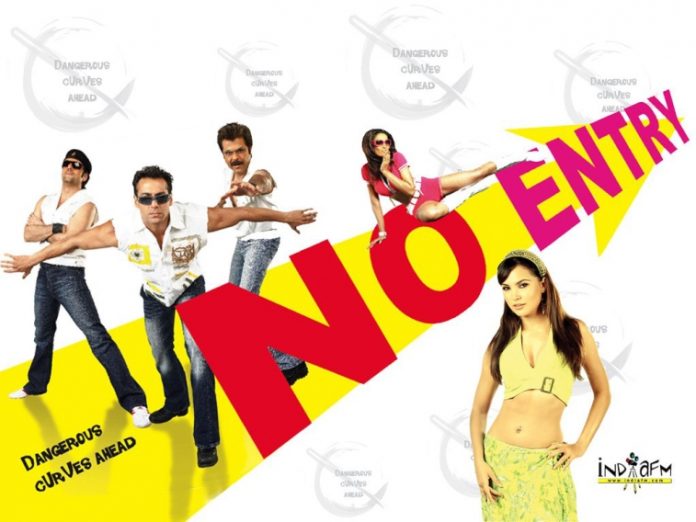 The 2005 Hindi comedy flick No Entry is now all set to have a sequel. The film had Salman Khan, Anil Kapoor, Bipasha Basu, Lara Dutta Esha Del, Celina Jaitley, Sameera Reddy and Fardeen Khan in the lead roles. Now the sequel is expected to reinstate Salman Anil Kapoor and Fardeen Khan which will again be directed and produced by Anees Bazmee and Boney Kapoor respectively.

Kapoor while talking about the sequel assured that it would be ten times funnier than the 2005 film. The film had performed well when it released in 2005 and won the hearts of the audience with its content and comedy.

With the sequel in process, the audience will surely be curious to see the three biggies from the industry who have never disappointed in the comedy genre. Salman Khan was last seen in the film Antim which also starred Aayush Sharma in the lead. The actor has a number of films lined up that include Kabhi Eid Kabhi Diwali, Tiger 3 and Pathan.