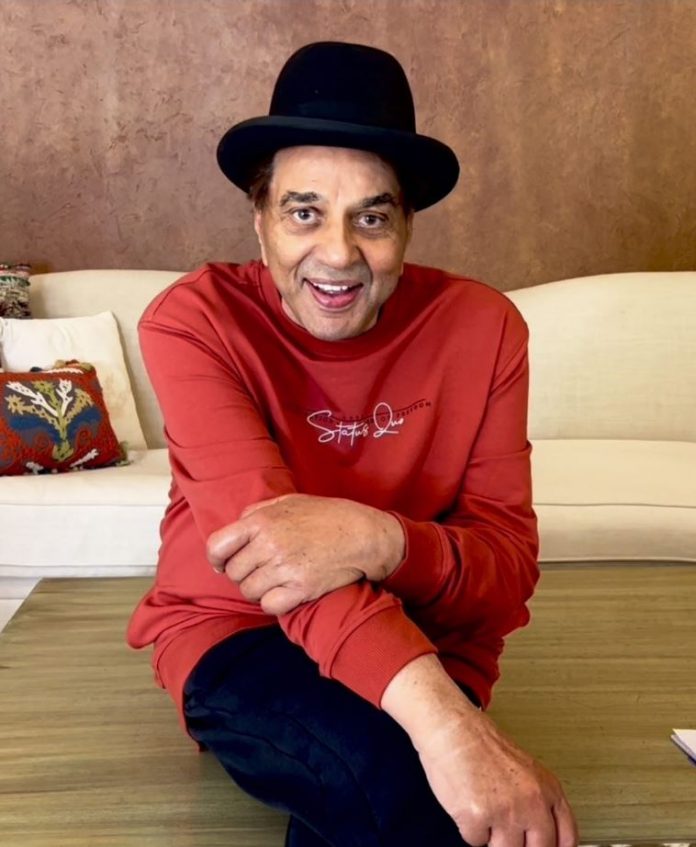 Veteran Bollywood star Dharmendra, was admitted to a private hospital earlier this week in Mumbai. The 86 year old actor was reportedly admitted after he complained of back pain. A source from the Deol family informed that the actor is doing fine and is expected to be discharged soon.

More reports have revealed that there is nothing to worry about as he is expected to be discharged very soon. Dharmendra has been away from the silver screens for quite some time, but now he is all set to return to work and is ready to be seen in the upcoming film Rocky Aur Rani Ki Prem Kahani. The film stars Jaya Bachchan, Alia Bhatt, Ranveer Singh and Shabana Azmi.

Not just one film, the actor is also soon to be seen with his sons Sunny Deol and Bobby Deol in the sequel to the film Apne. His grandson Karan Deol will be seen in Apne 2. Dharmendra and Hema Malini are celebrating their 42nd wedding anniversary on May 2, 2022.

The two have been together since 1980 and on the occasion of their wedding anniversary, Hema also penned an adorable note for husband Dharmendra. The actress turned politician posted a picture of herself with her husband and expressed gratitude for all these years of happiness.