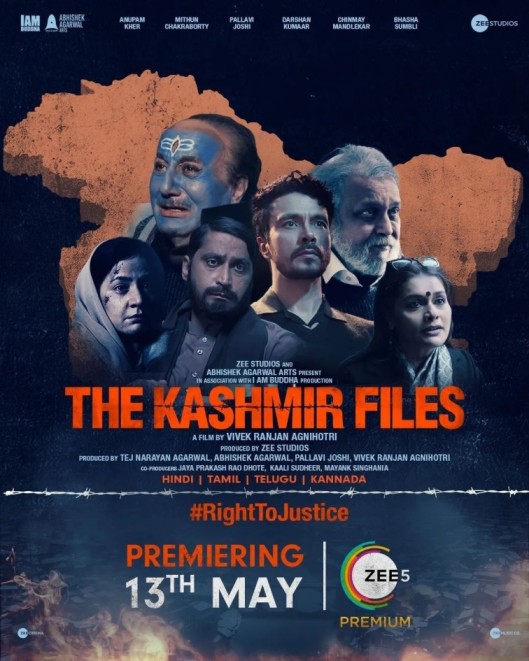 The Kashmir Files film remained in news ever since it was released in March, 2022. It has been making headlines for its content and story. The audience and the makers are now waiting for the film to be released on an OTT platform. The film hit the theatres just in time when the cinema industry was recovering from the COVID slack and managed to win the hearts of the audience.

The Kashmir Files is not ready to be premiered on the OTT Platform Zee5 on May 13, 2022 in Hindi, Tamil, Telugu and Kannada languages. But what differentiates the film from others is the fact that it will also be released in Indian sign language. Zee5 had recently organized a screening of the film in Indian sign language in Mumbai and saw a footfall of nearly 500 people who had hearing impairments.

The special screening event was also attended by director Vivek Agnihotri. With this Zee5 has also become the first OTT platform to release a Bollywood commercial flick with Indian sign language interpretation while making it accessible for deaf people.

Vivek while talking about the initiative said that the aim was to make the movie accessible to all. The director has also organized a concert in Mumbai that will be held on May 13, 2022. The event will see the director and his wife Pallavi Joshi perform.