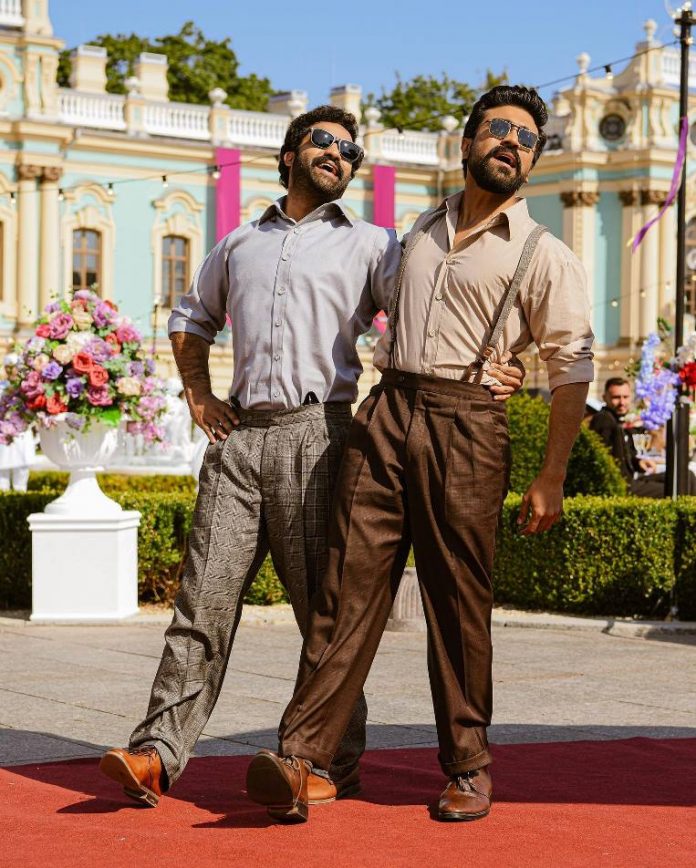 Ram Charan and Jr.N.T.R starrer RRR that took the box office collections to different levels, is now ready to its OTT release. The Hindi version of the film is ready to be released on Netflix on June 2, 2022. The film is directed by S.S. Rajamauli and produced by D.V.V Danaya from DVV Entertainment and also starred Alia Bhatt for a cameo appearance. The actress appeared in the song Sholay from the film which has seen her swaying with the lead stars Ram Charan and Jr. NTR.

RRR was theatrically released on March 25, 2022 and soon the film became a national sensation. The south film industry is now appreciated for the kind of content that is created by them. The film will be released in English, Telugu, Malayalam, Tamil and Kannada with subtitles on Zee5 starting from May 20, 2022.

RRR is the journey of two revolutionaries that depict fire and water. Ram Charan and Jr.NTR’s performance in the film has left the audience mesmerized and it is now it is time for those who could not reach the theatres and watch the film from the comfort of their homes.

After the massive success of the Baahubali franchise, RRR has become the first film by SS Rajamauli to be a theatrical success. The filmmaker has been working hard on RRR ever since the second part of Baahubali was released in 2017.