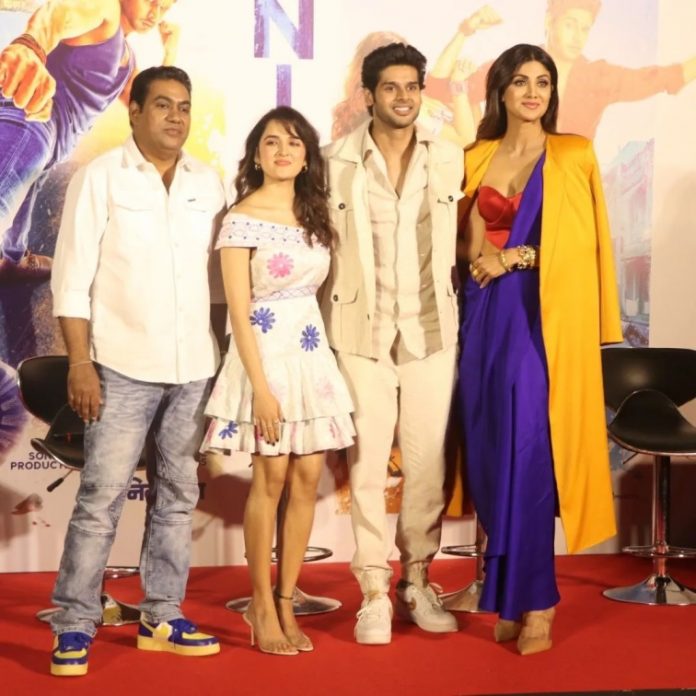 The official trailer of Sabbir Khan directorial Nikamma has been released. The film stars Abhimanyu Dassani, Shilpa Shetty and Shirley Setia in the lead roles. Sabbir, who is known for his action films like Baaghi, Heropanti, Munna Micheal and others is now ready with his upcoming film Nikamma. The meaning of the title means lazy, which indicated that the story is about a youngster who is unemployed and carefree.

Shilpa will be seen playing the role of a superhero, who is on a mission to fix the laziness in Abhimanyu. The popular song Nikamma Kiya starring Tusshar Kapoor and Esha Deol has been recreated for the film. Nikamma is the Hindi remake of the Telugu flick Middle Class Abbayi.

The trailer begins with the story of Abhimanyu and his lazy ways who romances Shirley. But then the second half of the trailer shows a few action sequences which is typical with director Sabbir Khan.

The film is scheduled to be released on June 17, 2022. The makers of the film, were expected to release it in June 2020, but postponed due to the coronavirus pandemic. Nikamma will be clashing at the box office with Doctor G, which has Aayushmann Khurrana and Rakul Preet Sigh in lead roles. Aayushmann will be seen playing the role of Dr. Uday Gupta while Rakul will be seen as Dr. Fatima.