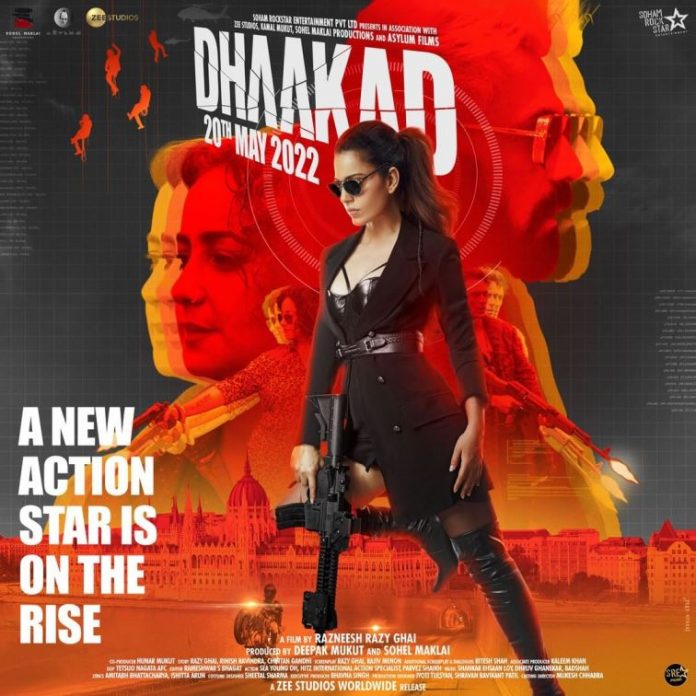 The Central Board of Film Certification has given an ‘A’ certificate for the upcoming Kangana Ranaut starrer flick Dhaakad. No cuts have been demanded by the board and the duration of the film is 2 hours 10 minutes. The final draft remains the same that was submitted by the producers.

Reports have revealed that the upcoming film, which also stars Arjun Rampal, has plenty of high octane action sequences. This was one of the reason the censor board was prompted not to give a U/A certificate. On the other hand the makers of the film also did not want to disturb the actual flow of the film.

The producer of the film Sohail Maklai has confirmed the news and added that he is not disappointed and that he had somewhere expected the result because of the action sequences. Dhaakad is one of the much awaited films of 2021 which is directed by Razneesh Ghai and also stars Divya Dutta and Saswat Chatterjee in supporting roles.

The story of the film is about a thoroughly trained field agent, who has been granted a mission to get rid of Rudraveer, who is an International human and arms trafficker and has been off the radar for more than ten years. Dhaakad is ready to be released in theatres on May 20, 2022.