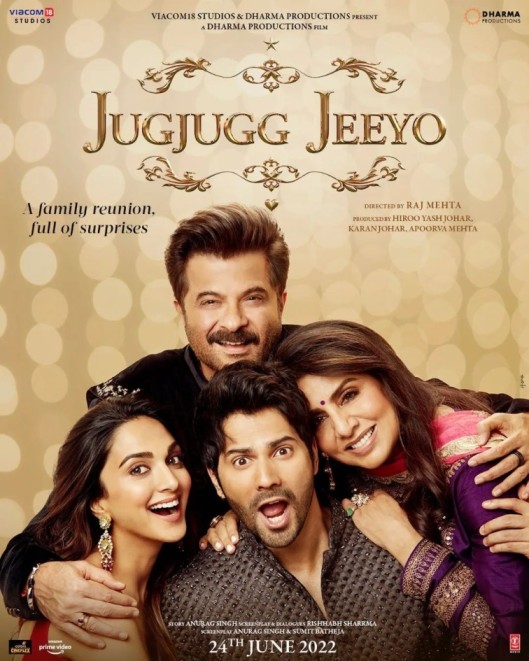 Dharma Productions is once again getting ready with its larger than life presentation with the upcoming film Jugjugg Jeeyo. The much awaited trailer of the multi-starrer flick has been released on May 22, 2022. The film has Varun Dhawan, Kiara Advani, Anil Kapoor and Neetu Kapoor in the lead roles.

The trailer begins with a romantic wedding of Varun and Kiara, but soon the couple due to their differences wish to get divorced. But then the couple decide to hide their decision to divorce from their family due to an upcoming family wedding. This is when Varun’s character comes to know that his own father played by Anil Kapoor wants to divorce his wife played by Neetu.

The trailer has also shown that Anil Kapoor’s character has fallen in love with another woman played by Tisca Chopra. After the wedding Varun tells his parents that he is getting divorced but his mother warns against taking any such decisions.

Going by the trailer, it surely looks like a laugh riot entertainment. Jugjugg Jeeyo is helmed by Raj Mehta and is ready to be released in theatres on June 24, 2022. The film also stars Manish Paul and popular YouTuber Prajakta Koli in supportive roles. The comedy-drama has been produced by Hiroo Johar, Karan Johar and Apoorva Mehta.