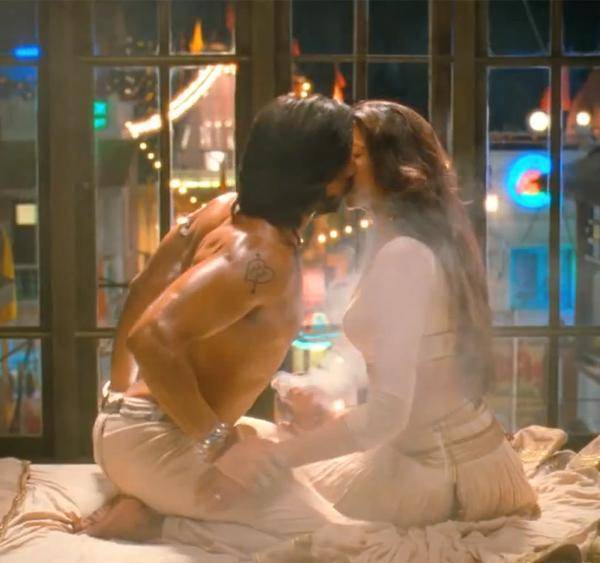 Bollywood stars Ranveer Singh and Deepika Padukone are leaving no stone unturned to make their upcoming movie ‘Ram Leela’ even more interesting. A brand new video for the song ‘Lahu Munh Lag Gaya’ has been released on October 8, 2013 and shows the two actors teasing each other against a colorful background and eventually sharing a passionate kiss.

Sources from the production unit revealed, “The song is almost five minutes long and it was shot over nearly a fortnight, with the crew and cast working up to 14 hours a day at times”. Other sources added that the director Sanjay Leela Bhansali had an idea to capture the original Gujarati culture in the latest video and it is a slow dance number.

Meanwhile, the upcoming movie’s PR team is making sure that the two stars convince the audience during promotions that they are going to scorch the screens and are often found getting intimate while on stage. The new video shows Deepika playfully throwing color on Ranveer and the moment resembles the one which was once shared by Salman Khan and Aishwarya Rai in the movie ‘Hum Dil De Chuke Sanam’.

The highlight of the song has to be the intimate kiss between the actors and it is a reminder of the song ‘Chand Chupa Badal Mein’ from the Salman and Ash-starrer flick.