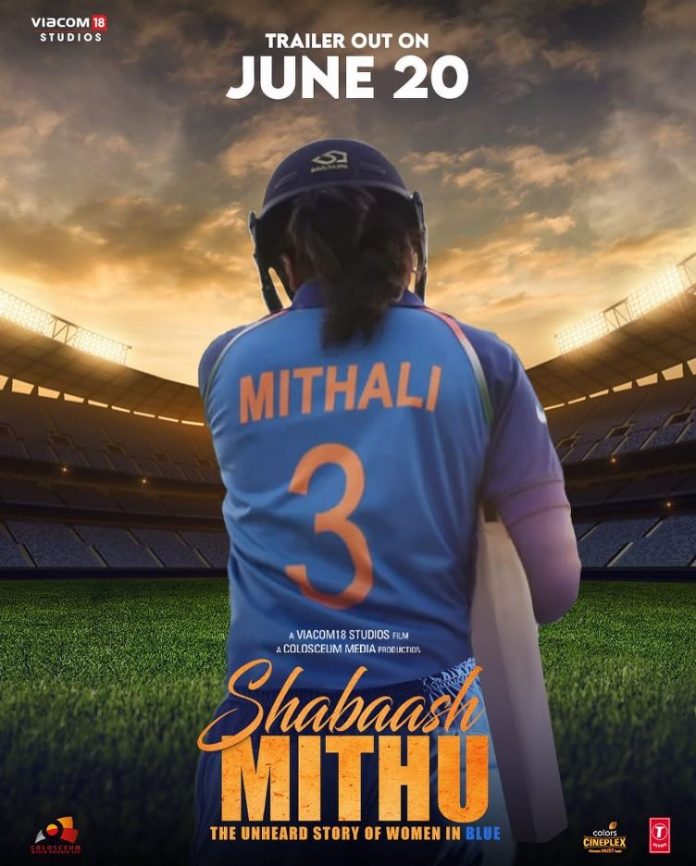 The much awaited trailer of the film Shabaash Mithu is finally out. The film has Taapsee Pannu playing the lead and is based on the life of Indian cricketer Mithali Raj, the former captain of the Indian Women’s Cricket Team. Mithali has a 23 year experience in International cricket and has scored more than 10,000 runs in ODI (One Day International) and has also broken a number of records.

The trailer has given an idea about how it all started for Mithali in a field which was once dominated by men. Vijay Raaz will be seen playing the role of her coach, who saw her potential as a cricket player. Going by the trailer, it has shown the constant struggle Mithali had to face in the field as she trained hard while facing constant bullying.

But Mithali did not give up and stood against all odds and trained hard to make sure that she shines and brings laurels to the Indian Women’s Cricket Team. The film has been shot at a number of domestic and International locations and is directed by Srijit Mukherji.

Shabaash Mithu is backed by Ajit Andhare and is penned down by Priya Aven. Taapsee had wrapped the shoot of the film earlier in 2021 and looks promising as Mithali Raj. The film is all set to hit the theatres on July 15, 2022.