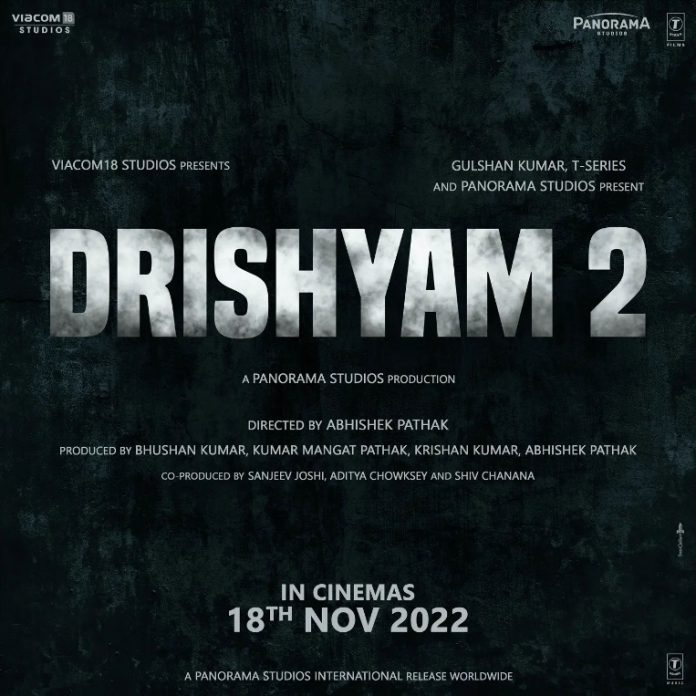 Ajay Devgn, Tabu and Shriya saran starrer Drishyam released in 2015 and had mesmerized the audience with a thrilling experience. Now the makers are ready to come up with the much awaited sequel to the film. Drishyam 2 will have Ajay Devgn and Tabu in the lead and will be released in theatres on November 18, 2022.

The film is directed by Abhishek Pathak and Ajay in the film will be back playing the character of Vijay Salgaonkar. With a sequel, the audience can expect more excitement, thrill and drama. Apart from Ajay Devgn and Tabu, the sequel also stars Rajat Kapoor, Akshaye Khanna and Ishita Dutta.

The makers have been shooting for the film for quite some time and are expected to wrap in Hyderabad on June 21, 2022. Akshaye Khanna is an interesting addition in to the cast and is expected to add some excitement.

The film is produced by Viacom18 Studios, T-Series, Gulshan Kumar and Panaroma Studios is ready to be released in theatres on November 18, 2022. The story of the original film was about Vijay Salgaonkar, a simple man who had a cable business in a small town. But somehow he gets involved in a murder but his ideas and knowledge about films helps him escape the scenario.