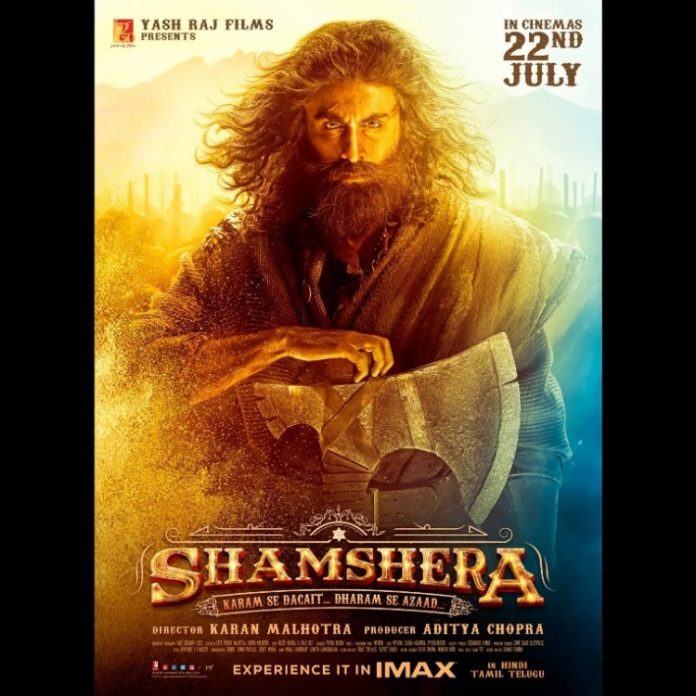 Shamshera is one of the most awaited films of 2022 and has Ranbir Kapoor, Sanjay Dutt and Vaani Kapoor playing the lead roles. The makers of the film have released the teaser and are ready to launch the trailer on June 24, 2022. The teaser of Shamshera has shown a good glimpse of Sanjay Dutt and Ranbir Kapoor.

The film is helmed by Karan Malhotra and is ready to be released in theatres on July 22, 2022. Just before the film is scheduled to be released, the cast will be starting the promotions. Reports say, Ranbir Kapoor along with other cast members including Vaani Kapoor and Sanjay Dutt are expected to travel to different cities for the promotion.

Ranbir while talking to a leading daily expressed that he is excited to begin the promotions and added that it is a film that he wants to take to a larger audience. The Burfi actor added that they would take every possible step for the promotions of the film and is looking forward for the reaction of the audience.

The story of Shamshera is set in the fictitious city of Kaza, which has an imprisoned warrior tribe. The tribe is tortured by a ruthless authoritarian Shudh Singh. The film is backed by Aditya Chopra and will be released in Hindi, Telugu and Tamil languages.