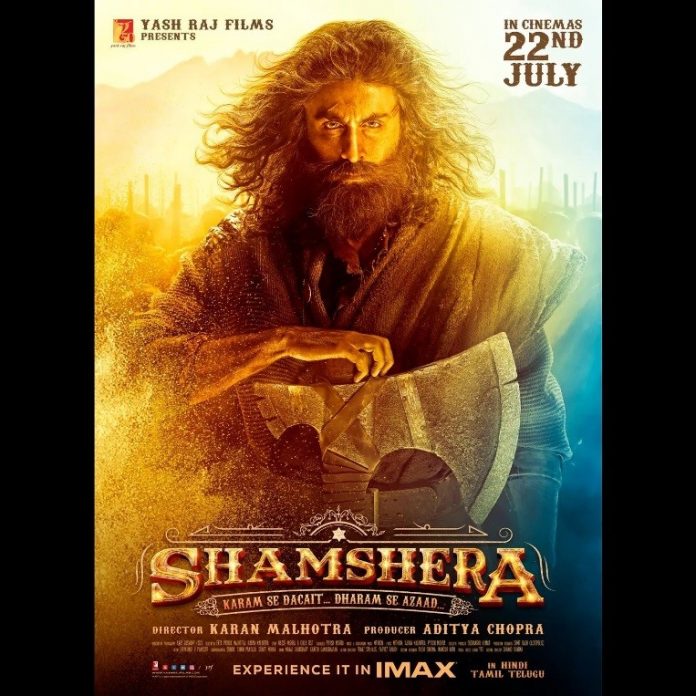 The teaser of Shamshera gave an intense picture of the film while the official trailer has given out a better view and has also shown its entertaining side as well. The official trailer of Ranbir Kapoor, Sanjay Dutt and Vaani Kapoor starrer has been released on June 24, 2022.

Kapoor in the film can be seen as a bandit from the colonial era and has been helmed by Karan Malhotra. The character played by Ranbir is of a slave-turned in to a rebel and adopts the name Shamshera. Sanjay Dutt can be seen as the ‘daroga’ (a police officer). Yash Raj Films had earlier tried its hand in the colonial era with the film Thugs of Hindostan, which failed miserably at the box office. With another film with a similar concept, it has to be seen if it keeps up with the expectations of the audience.

Shamshera is expected to be released in Hindi, Tamil and Telugu languages in 2D and IMAX on July 22, 2022. Apart from Shamshera, Ranbir Kapoor has another big release this year with Brahmastra Part One: Shiva which is scheduled to be released on September 9, 2022.

Shamshera also stars Ashutosh Rana, Saurabh Shukla and Ronit Roy playing important roles. The film was originally planned to be released in December 2019 but was delayed due to the COVID-19 pandemic.