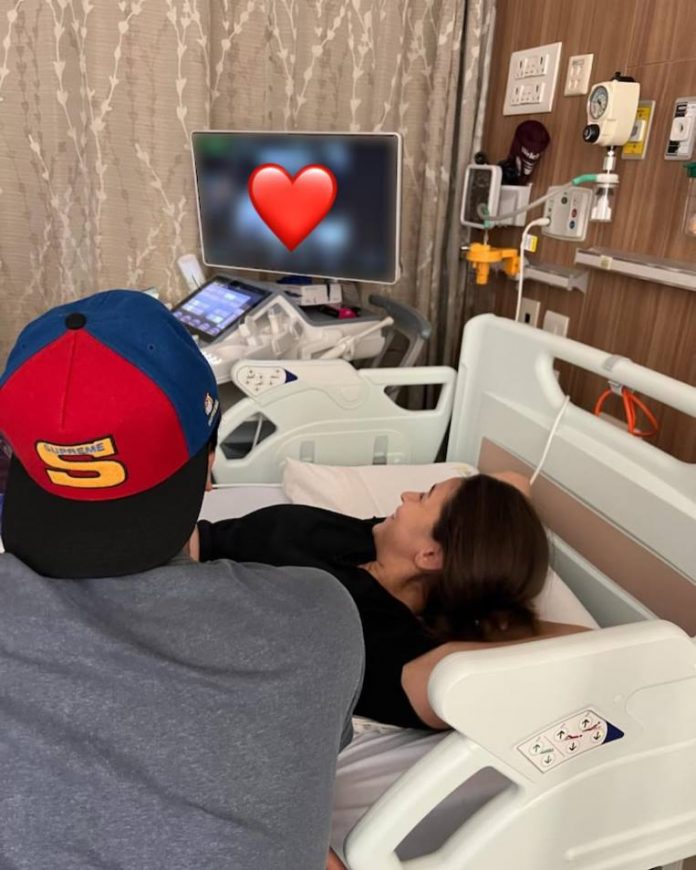 It is now official that Alia Bhatt and Ranbir Kapoor are expecting their first child together. The announcement was made by Alia through her Instagram account as she shared a picture of her first scan. Soon after the news was posted, congratulatory messages started to pour in and from well-wishers, fans and family members.

Ranbir’s mother Neetu Kapoor too reacted to the news and expressed that she is over the moon to be a grandmother soon. Alia Bhatt and Ranbir Kapoor got married on April 14, 2022 in an intimate wedding ceremony amidst just the family members and a few friends and family members.

The picture posted by Alia has shown her undergoing a scan at a hospital bed while she and Ranbir watch at the screen. Alia captioned the picture “Our baby… coming soon”. The Student of The Year actress also posted a second a second picture that showed a lion, with a lioness and their cub.