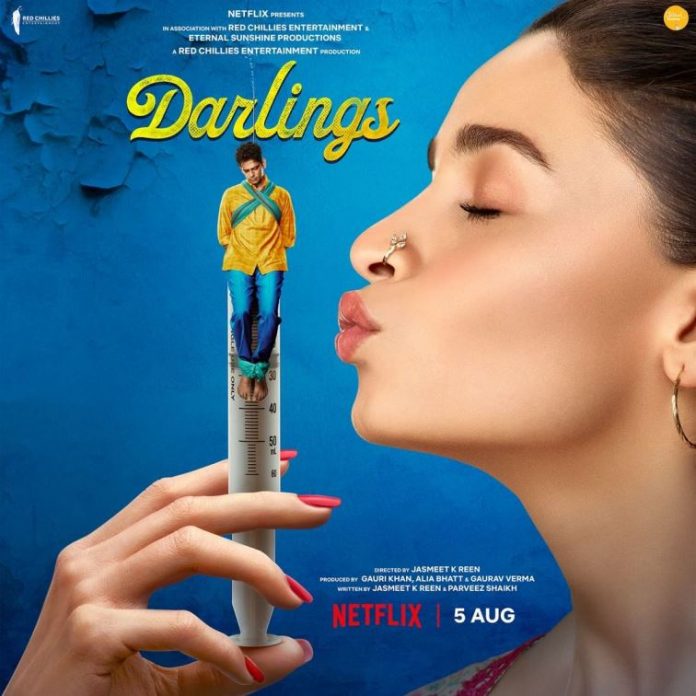 Amidst news of her pregnancy, Indian actress Alia Bhatt is all set to debut as a producer. The actress took her social media account to announce her first production with the film Darlings. The first poster has shown Alia Bhatt posing with a syringe which has the actor Vijay Varma tied to it. The makers have also released the official teaser of the flick.

The teaser has shown Shefali Shah, Vijay Varma and Roshan Matthew as the lead cast along with Alia, who is producing the film with Red Chillies Entertainment. The film is directed by Jasmeet K Reen and will mark Alia’s next collaboration with Red Chillies after Dear Zindagi.

Alia also announced that Darlings will be released on the OTT platform Netflix on August 5, 2022. The teaser is more than a minute long and has a narration of the popular story of the frog and the scorpion.

The upcoming film is a dark comedy that revolves around the lives of a mother and a daughter duo. Shefali Shah will be seen playing the role of Alia Bhatt’s mother while Vijay and Roshan will be seen playing important roles. The music for the film has been composed by Vishal Bhardwaj. Alia recently announced that she is expecting her first child with husband Ranbir Kapoor.