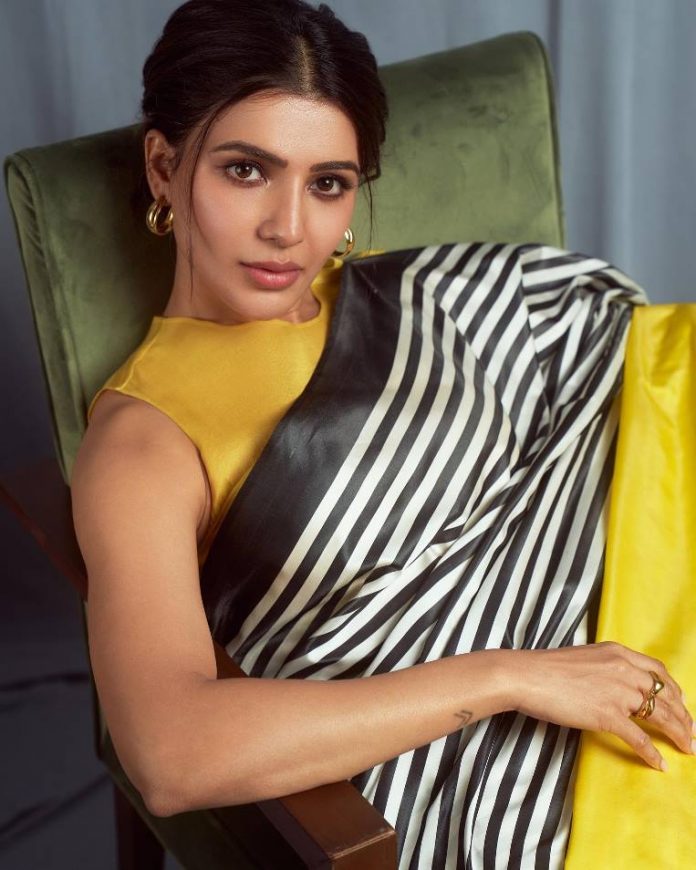 Indian actress Samantha Ruth Prabhu is a popular name in the south film industry. For about a year, there have been speculations about the actress making her big Bollywood debut. Now it seems like Samantha has finalized the script for her Bollywood debut. As per reports the actress will be starring opposite Aayushmann Khurrana.

The upcoming film will be a Dinesh Vijan production under Maddock Films. The actress has been approached since 8 to 9 months for a number of projects, but nothing could be materialized. The upcoming film is expected to have drama, suspense and humour. Reports say that the paperwork is done and the makers are currently discussing over the dates for shoot with the actors.

The director of the film is yet to be decided but the project is expected to take off by the end of 2022. Samantha was last seen in the Tamil film Kaathuvaakulua Rendu Kaadhal in which she played the role of Khatija Begum.

She also appeared in a special item number in the popular film Pushpa: The Rise. Samantha was also earlier seen in the web series The Family Man season 2 and has also signed up for the Hindi version of Citadel in which she will be seen with Varun Dhawan. Samantha pairing with Aayushmann will be interesting for the audience to witness.