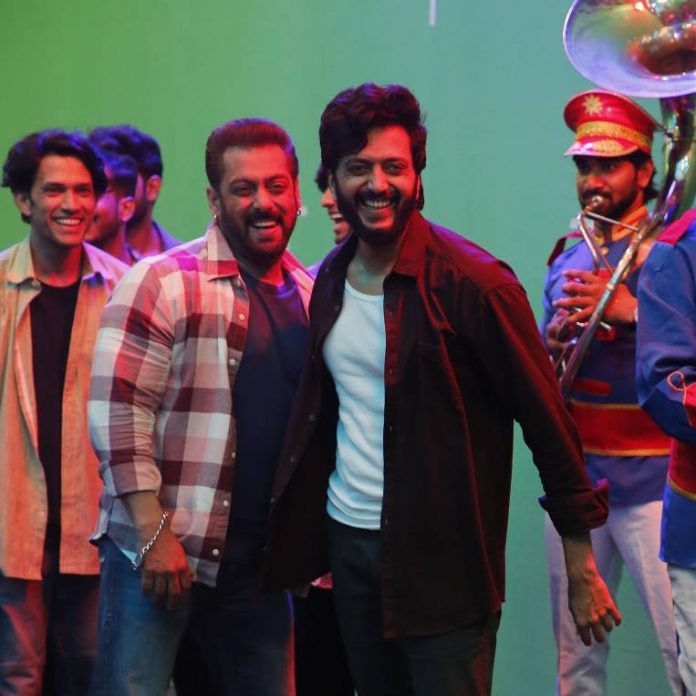 The Dhamaal actor expressed his gratitude towards Salman while sharing pictures of Salman from the sets of his directorial debut. Riteish thanked the star for being by his side and also informed that he has completed filming his first film as a director. The actor also expressed that his journey was filled with challenges but were eased as he was surrounded with people who had his back.

Riteish and Genelia are also filming for the film Mister Mummy, which will mark the first time they will be sharing the screen space after the film Tere Naal Love Hogaya.