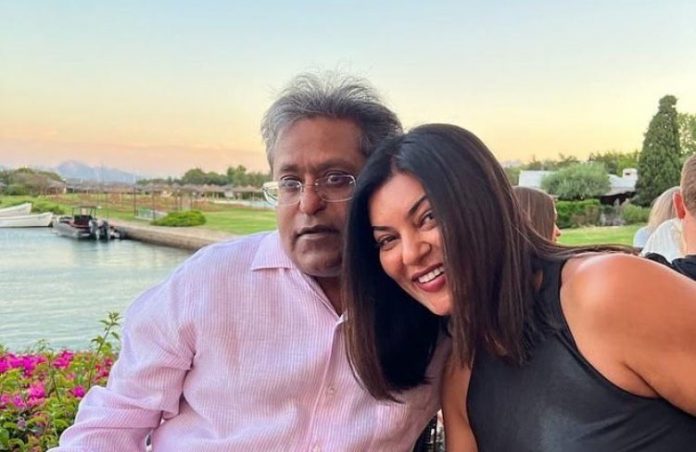 Indian actress Sushmita Sen is once again making news as the founder of the India Premiere League Lalit Modi has made his love for the actress official. The Indian businessman took his Twitter account and broke the internet with some cozy holiday pictures of the two in Maldives and Sardinia, Italy. The internet has a number of reactions to the post which has called Sushmita as his better half.

Another post clarified that they are not yet married , but that is also expected to happen soon. So far no official confirmation has been given by Sushmita. Lalit Modi no longer resides in India and had left in 2010 due to investigations in to tax evasion and money laundering that was linked to the Indian Premiere League.

It was in the month of December, 2021 when the actress had announced that she parted ways from model and actor Rohman Shawl. Sushmita is a single mother to two daughters Alisah and Renee. Renee was adopted in 2000 while Alisah was adopted in 2010.

On the work front, the actress was last seen in the web series Aarya, that earned a nomination in the Best Drama Series at the International Emmys in 2021. Lalit Modi was earlier married to Minal Modi, who died of cancer in 2018.