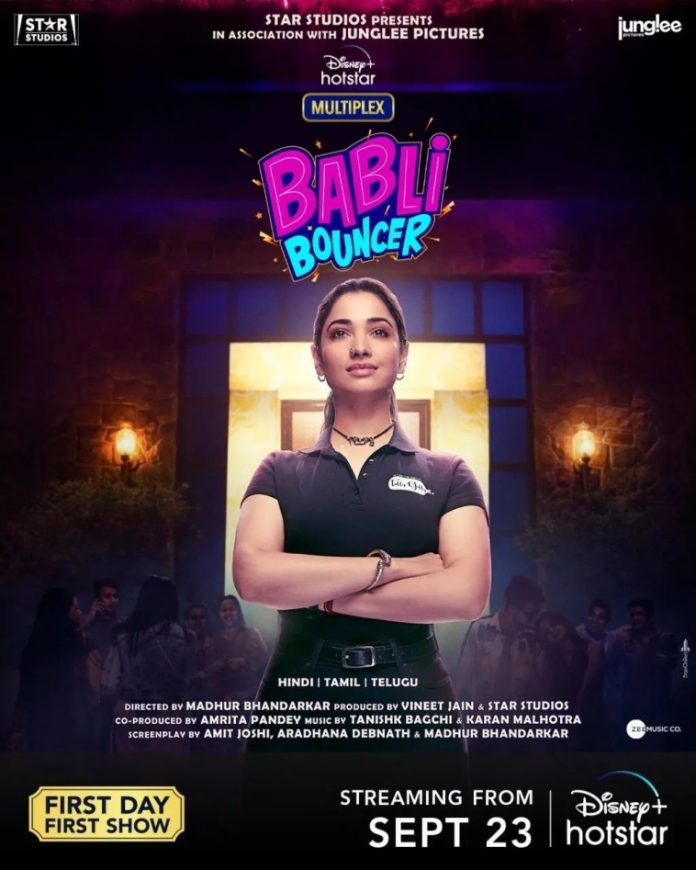 Indian actress Tamannaah Bhatia is all set to be seen in the upcoming film Babli Bouncer. The makers of the film have released the first look of the film which is helmed by Madhur Bhandarkar. The actress earlier on July 20, 2022 shared the first look and also announced the release date.

Going by the first look of the film it seems like the makers have chosen the OTT way for the release and will be streaming on Disney+Hotstar from September 23, 2022. The actress had wrapped shooting for the film in May, 2022 and had then announced about it on social media.

Tamannaah expressed that shooting for the film was a lifetime of an experience for her and that it would be something that she would cherish. Going by the first look, Tamannaah will be seen playing the role of a bouncer from a town in North India known as Asola Fatepur.

The film is backed by Junglee Pictures and Star Studios and also stars Abhishek Bajaj, Saurabh Shukla and Sahil Vaid playing important roles. Apart from Babli Bouncer, the actress has a number of other projects including Plan A Plan B, Bole Chudiyan, Telugu flick Bhola Shankar and a web series Jee Karda by Arunima Sharma. Tamannaah Bhatia was last seen in the film Khamoshi which also starred Prabhu Deva in the lead role.