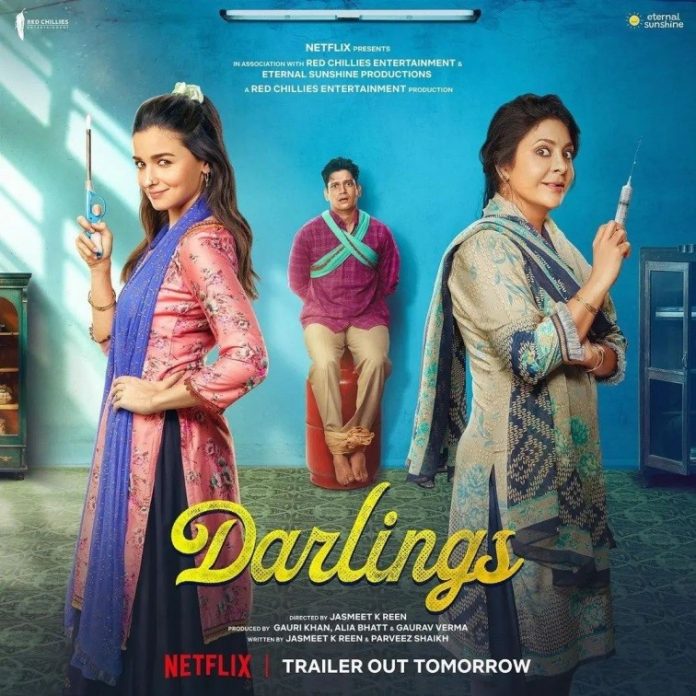 The much awaited trailer of the upcoming film Darlings has been released on July 25, 2022. Ever since the makers had announced the film, the fans were eager for the release of the trailer which has shown he comic as well as the dark side of the story. The film has Alia Bhatt, Shefali Shah and Vijay Varma playing important roles.

The film will also mark the debut of Alia Bhatt as a producer. Alia in the film will be seen playing Vijay’s wife’s role and goes to the police to file a missing complaint with her mother played by Shefali Shah. The trailer has given an idea that the character played by Alia wishes to teach a lesson to her husband who might have been mistreating her.

Alia Bhatt is also looking forward for the release of her film Brahmastra which is due to be out in theatres on September 9, 2022. The film is directed by Ayan Mukerji and also stars Ranbir Kapoor, Amitabh Bachchan, Nagarjuna Akkineni and Mouni Roy.

Alia is also a part of a few other projects including Karan Johar’s Rocky Aur Rani Ki Prem Kahani which also stars Ranveer Singh. On the personal front, the actress is expecting her first child with Ranbir Kapoor. The couple got married on April 14, 2022.