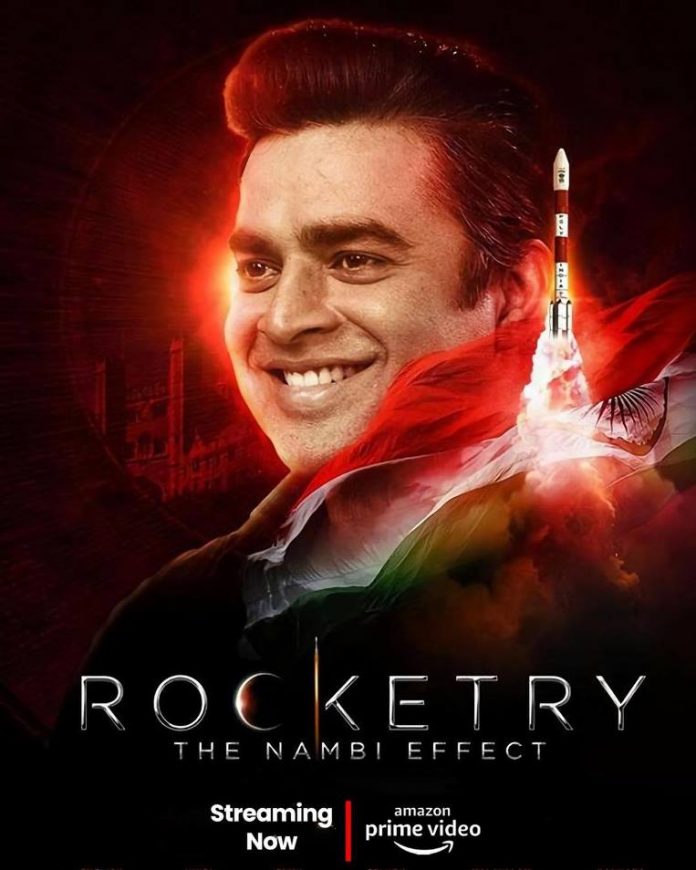 Indian actor R. Madhavan’s debut directorial project Rocketry: The Nambi Effect released in theatres on July 1, 2022. After having a successful run in theatres, the film is now streaming on the OTT Platform Amazon Prime Video. Madhavan has played the lead role of Nambi Narayan and has also directed and written the film.

The film is based on the life of the aerospace engineer Nambi Narayan who was falsely accused of espionage. It took nearly 20 years to prove his innocence. Rocketry: The Nambi Effect opened to mixed reviews and reports say that the film has earned profits from its theatrical release.

Rocketry: The Nambi Effect was released in Tamil, Hindi and English languages simultaneously and was also premiered at the Cannes Film Festival on May 19, 2022. Madhavan started to film for the project in 2019 and by August 2020, the actor confirmed that the film had reached the final stages of production.