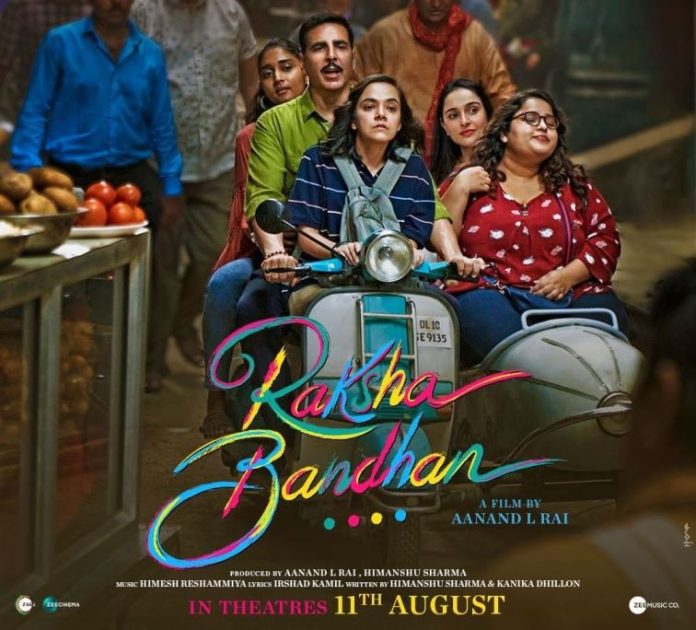 Akshay Kumar starrer Samrat Prithviraj tanked at the box office as it failed to impress the audience. But the audience and the critics are now eagerly waiting for the upcoming film Raksha Bandhan which is ready to be released in theatres on August 11, 2022. Latest reported have mentioned that the film has been cleared with a ‘U’ certificate from the Central Board of Film Certification.

More reports have said that the board did not ask for any cuts at all. The film is said to be a clean family entertainer and it is also clear from the promos. The film is directed by Anand L. Rai who has handled the subject very sensitively and that there was no need for any profanity or intimate scenes. The examining committee of the CBFC felt no reason to ask for any cuts or modifications.

The censor certificate has been handed over to the makers of the film on August 3, 2022. The running time of the film is one hour and 50 minutes making it the shortest film of Akshay Kumar in his 30 years of film career.

On the other hand the exhibitors of the film are happy with the running time of the film as they will be able to accommodate it with the Aamir Khan starrer Laal Singh Chaddha that has a duration of 2 hours and 42 minutes.