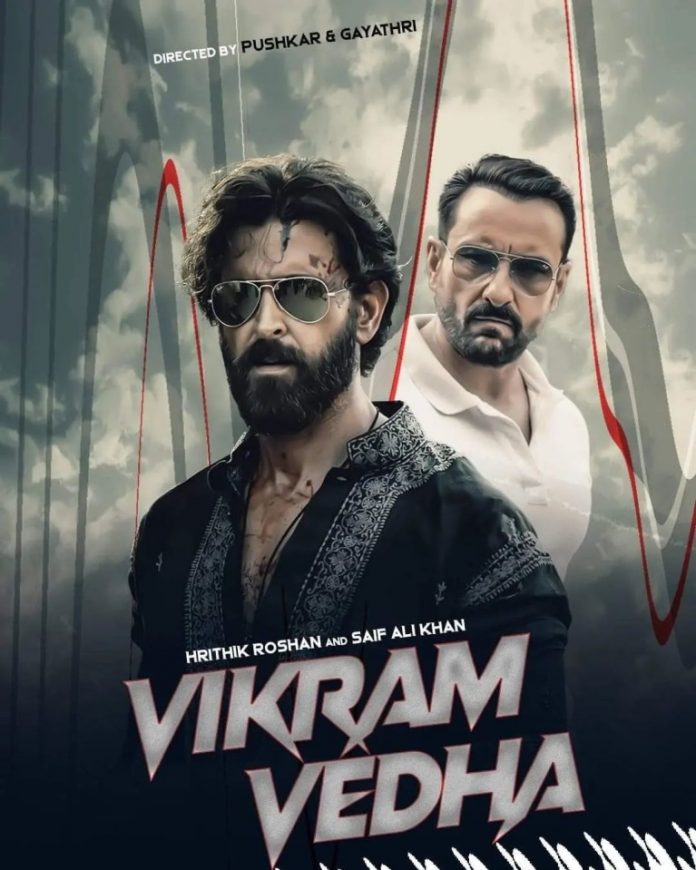 The audience has been waiting to see Hrithik Roshan on the silver screens and the recent news turns out to be a disappointment. Vikram Vedha is one of the big projects by director duo Pushkar – Gayathri, who had made the original film in Tamil with the same name. The makers of the film are yet to announce about the teaser release and it seems like the audience will have to wait for a little longer.

The film also stars Sai Ali Khan and Radhika Apte playing important roles and is backed by Reliance Entertainment, Friday Filmworks and YNOT Studios. Vikram Vedha is scheduled to be released in theatres on September 30, 2022.

The production of the film began in June 2022 and some of the supporting actors include Yogita Bihani, Sharib Hashmi and Rohit Saraf. It was in March 2018 when the director duo had confirmed that the Tamil film would be remade in Hindi. The directors had assured that they would maintain the gritty tone of the film.