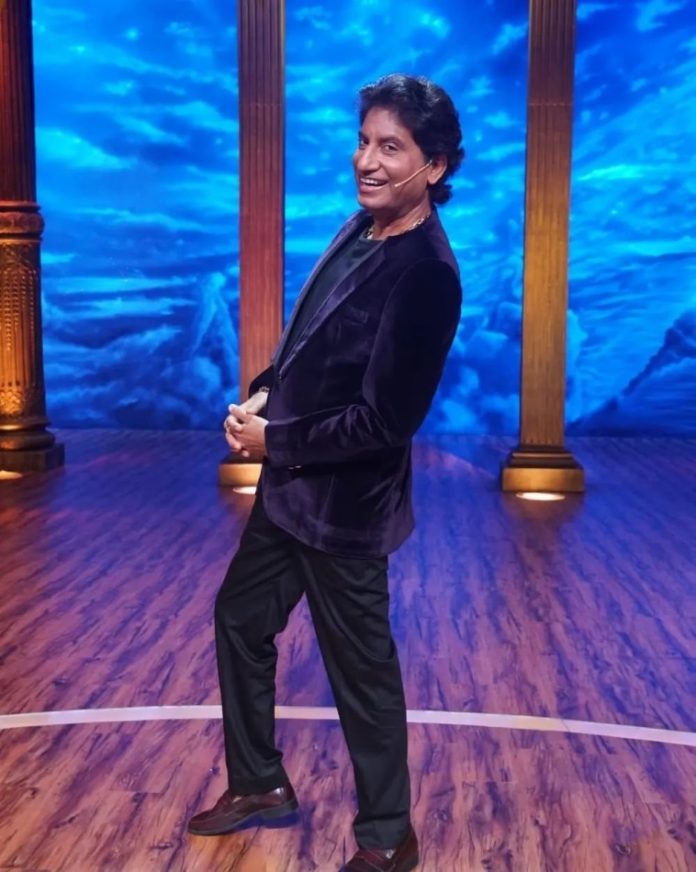 Popular Indian comedian Raju Shrivastava suffered a cardiac arrest while he was working out at the gym in Delhi on August 10, 2022. The actor was son taken to the All India Institutes of Medical Sciences in Delhi. As per close friend and comedian Sunil Pal, Shrivastava is currently out of danger.

As per reports, the 58 year old was working out on the treadmill and complained of chest pain and collapsed. Soon his trainer took him to the AIIMS hospital where he received cardiopulmonary resuscitation twice and was revived. As per a news agency, the actor had to be resuscitated twice and was soon rushed to the catheterization lab for an emergency angiography.

Raju received an angioplasty and is now responding to treatment. More reports say that the actor will remain in the hospital for further observation. Dr, Balbir Singh, the Chairman of Cardiac Sciences at Mac Healthcare while talking to a leading news agency expressed concern over the current trend of excessive working out where the trainers recommend constant scaling up of working out. Singh added a warning that people should refrain from aggressive working out as it could trigger deaths.

Shrivastava is one of the most successful artists in the industry and has been active in the entertainment sector since the late 80s.