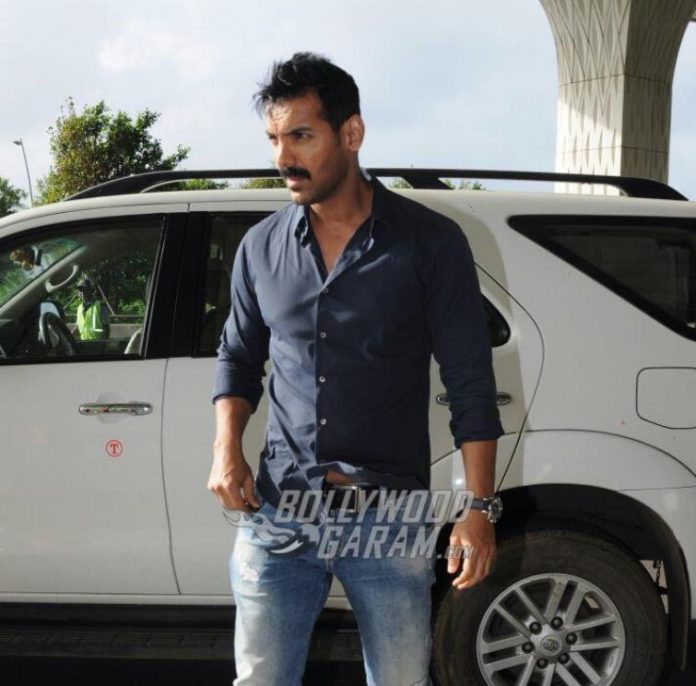 Indian actor John Abraham who is known for being an action hero in Bollywood is ready to be seen in an upcoming comedy flick 100%. The actor shared the first look with a motion poster that has given an idea to the audience, what to expect. The video has said that the upcoming film has 20 percent comedy, 20 percent romance, 20 percent of confusion, 20 percent music and 20 percent action and together they are 100%.

Apart from John Abraham the film also stars Riteish Deshmukh, Nora Fatehi and Shehnaaz Gill and is backed by T-Series. The film is ready to be released in theatres during the Diwali festival in 2023. Apart from 100%, John is also busy with a few other projects including Pathaan, Tehran and Tariq.

The film Pathan also stars Shah Rukh Khan and Deepika Padukone in lead roles and will also see Salman Khan and Hrithik Roshan reprising the roles of Tiger and Kabir. Pathan is said to be one of the most expensive projects of Yash Raj Films and will also be the first Dolby release of the production house.

John was last seen in the film Ek Villain Returns in which he played the role of Bhairav. The film has Arjun Kapoor and Disha Patani playing lead roles and was helmed by Mohit Suri.