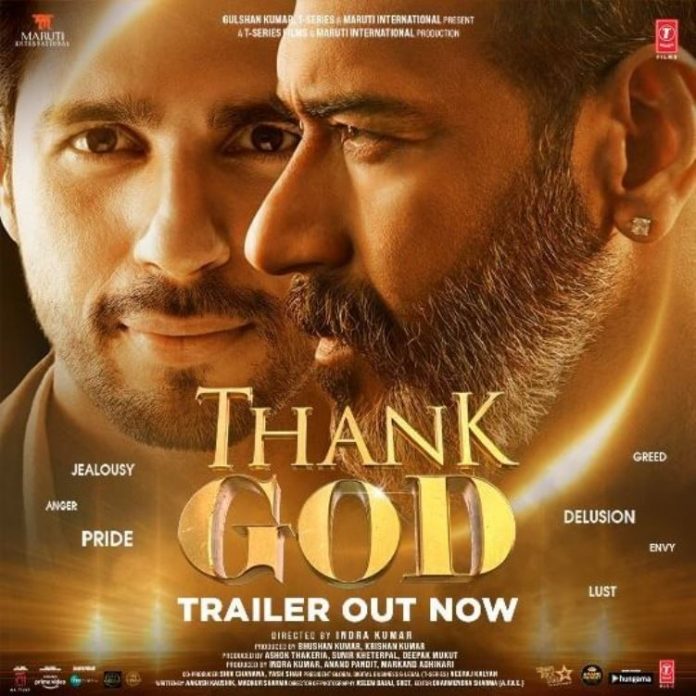 The audience will soon get to see actors Ajay Devgn and Sidharth Malhotra venturing in a different genre of films. The two actors are all set to be seen in the film Thank God. The makers of the film have just dropped the trailer of it on September 9, 2022. The film is directed by Indra Kumar who is known for his comedy films. Going by the trailer it has given the idea that the director has tried to bring back the physical comedy from the 90s era.

The trailer begins with Sidharth, who plays the role of a regular office goer, who meets with an accident and finds himself hanging in the middle of life and death. Here he meets Ajay Devgn who plays the role of Chitragupt, who is responsible to makes him confront his weaknesses including anger, jealousy, lust and more.

It seems like a ray of fresh air with Ajay and Sidharth returning to the comedy genre. The film also has Rakul Preet, who plays the role of Sidharth’s wife. Rakul in the film plays the role of a cop from the criminal department.

The trailer has given a good idea about being a pure family entertainer and also stars Nora Fatehi. Thank God is ready to be released this Diwali.