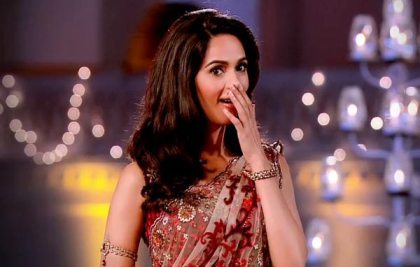 Filmmaker Mahesh Bhatt is scheduled to be the first celebrity guest on the upcoming reality show ‘The Bachelorette India – Mere Khayalon Ki Mallika’. On the show, Bhatt will help Mallika Sherawat to screen the contestants who want to win the Bollywood beauty over.

The ‘Murder’ actress is on the show in order to find her soulmate. Mallika was the star of Bhatt’s movie ‘Murder’, after which she shot to fame thanks to her hot and steamy scenes with Emraan Hashmi. The filmmaker will appear on the show and will be grilling the contestants in order to see how compatible they are with the actress.

Sources from the production unit said that Mallika has the utmost respect for Bhatt and this is the reason why she invited the filmmaker. Even Mahesh considers Mallika as his daughter and will be grilling the contestants who have come to woo her. Sources also revealed that Mahesh was pretty impressed with the constants and even offered four of them a role in his new movie.

Ronit Roy is the host of The Bachelorette India – Mere Khayalon Ki Mallika’ and incidentally, he was also launched by Bhatt in the industry. The Indian show is based on the American version of the show, titled ‘The Bachelor’. There will be 30 contestants trying to win Mallika over.