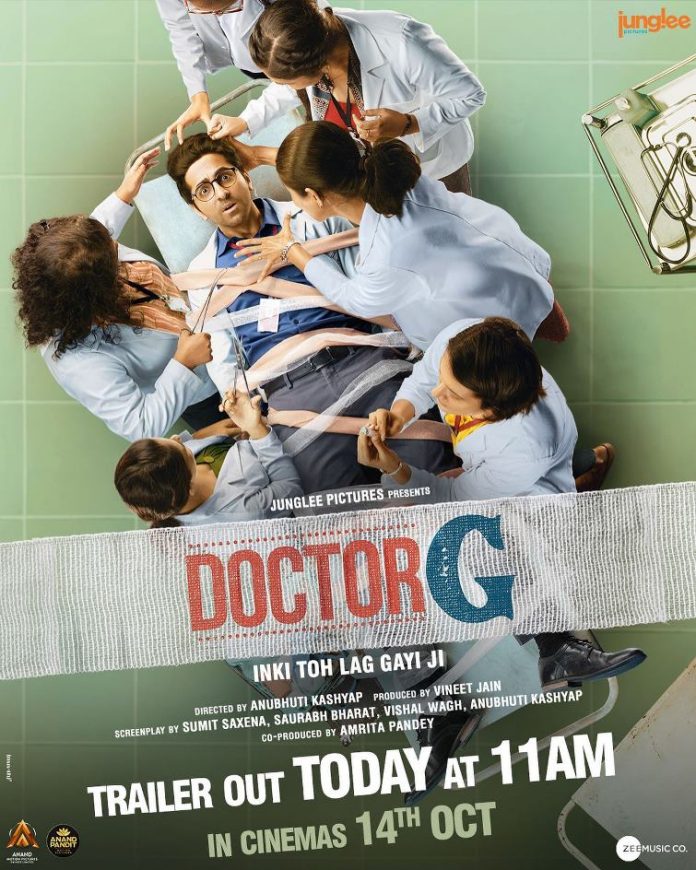 Indian actor Aayushmann Khurrana is one of the most talented actors of Bollywood. The actor will soon be seen in the upcoming film Doctor G that has just been announced by the makers. The medical campus comedy drama also stars Rakul Preet Singh and Shefali Shah playing important roles. Khurrana took his Instagram handle and announced about the release date of the film.

Upcoming film Doctor G will be released in theatres on October 14, 2022. Ever since the film has been announced, it has created a lot of curiosity among the audience. The film is directed by Anubhuti Kashyap and will see Aayushmann play the role of a medical student.

Aayushmann is known for taking up some unique roles to play in his films and has been appreciated for his experiments. The actor is once again ready to show off his skills as an actor.