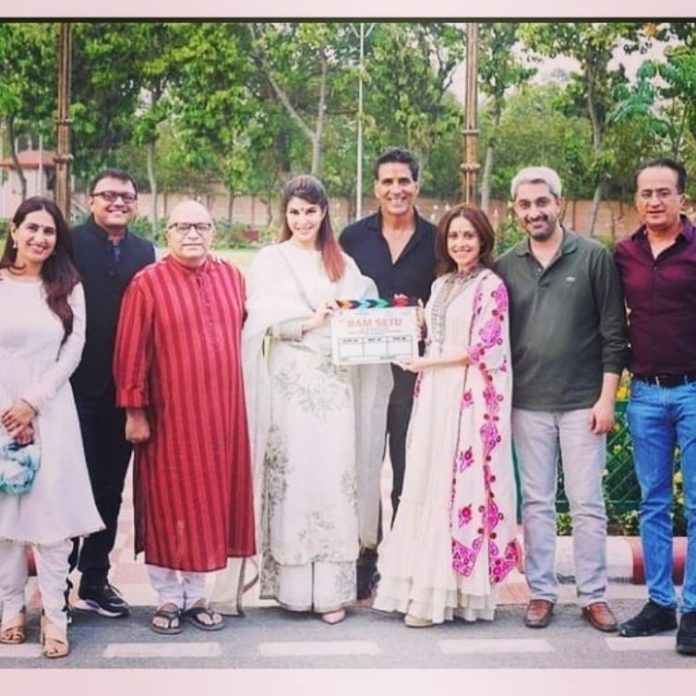 Akshay Kumar starrer Ram Setu is one of the most awaited movies, due to be released by October 2022. The makers of the film have unveiled a teaser of the flick which has increased the curiosity of the audience.

The film is helmed by Abhishek Sharma and also stars Jacqueline Fernandez, Satya Dev and Nushratt Bharuccha playing important roles. Ram Setu is scheduled to be released in theatres on October 25, 2022 which is right in time for the festival of Diwali.

The story of the film is about an archeologist who is an atheist and turns in to a believer. Akshay will be seen playing the title role of Aryan Kulshreshtha, who is on a quest to prove the existence of the legendary Ram Setu. However, he has to race against time as it has to be done before the evil forces destroy the pillar of the Indian heritage.

Going by the trailer, it seems like an action-thriller entertainer meant to be for the entire family. The film will be clashing with Ajay Devgn and Sidharth Malhotra starrer comedy flick Thank God. After Ram Setu has its theatrical run, it would be released on the OTT platform Amazon Prime Video. The film is bank rolled by Aruna Bhatia, Vikram Malhotra, Mahaveer Jain, Subaskaran and Aashish Singh.