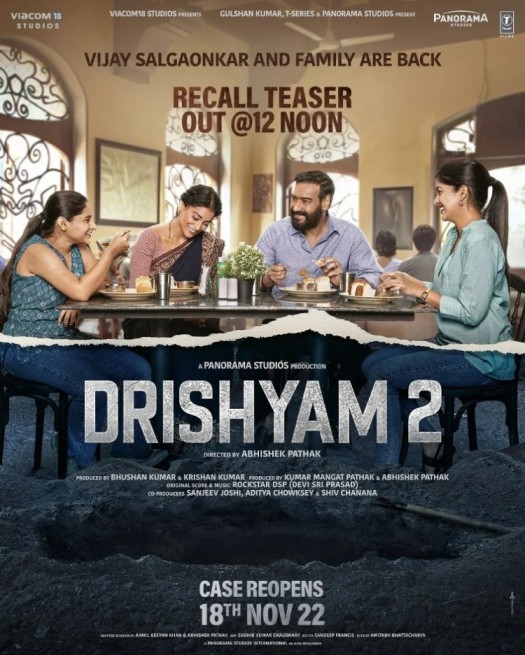 Vijay Salgaonkar is back and this time he might be confessing about his crime. The makers of the film Drishyam 2 have released the much awaited teaser which has given a hint that the title character Vijay Salgaonkar could be confessing of the crime that he committed in the first part. The film has Ajay Devgn, Tabu, Shriya Saran and Ishita Dutta playing lead roles and the teaser was released on September 29, 2022.

Drishyam 2 is the sequel to the 2015 film which was a remake of the Malayalam film. The sequel has been named as Drishyam Recall and the teaser has reminded the audience of the incidences of the first film. The teaser concludes with Ajay Devgn sitting in front of the camera as he begins the course of his confession. The question remains, if Vijay actually confesses or not.

The teaser also has a voice-over of Tabu who says, when there is no evidence left, the only thing that proves the crime is a confession. This time the video has shown an older Vijay Salgaonkar who is being recorded.

The video has been praised by the audience, who cannot wait to catch the film. The sequel is helmed by Abhishek Pathak. The principal cast remains the same and this time the makers have brought in Akshaye Khanna. Drishyam Recall is bank rolled by Kumaar Mangat Pathak, Bhushan Kumar, Abhishek Pathak and Krishan Kumar.