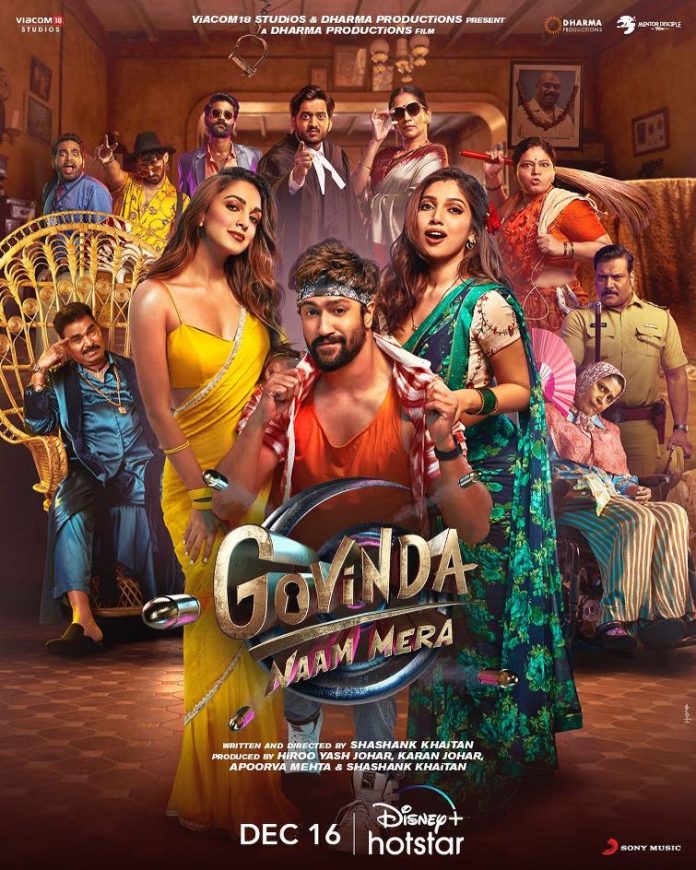 Vicky Kaushal, Bhumi Pednekar and Kiara Advani starrer Govinda Naam Mera is one of the most awaited films of 2022. The makers have just dropped the official trailer of the flick. Going by the trailer, it seems like one promising entertainer from the comedy-thriller genre.

The trailer begins with Vicky Kaushak, who plays Govinda Waghmare, fantasizes about wooing Kiara Advani, who plays Suku. However, Govinda is married to Bhumi, who plays Gauri but their marriage is just for name sake. Vicky, who is a choreographer, loves Suku and wishes to leave his wife Gauri, who has an extra marital affair.

Things take a quick twist when Govinda and Suku get involved in an alleged murder case. Govinda Naam Mera is written and directed by Shashank Khaitan and bank-rolled by Dharma Productions and Viacom 18 Studios. The makers are ready to release the film on December 16, 2022, just in time for the Christmas holiday season.

The film was announced in March 2021, but the production was halted due to COVID-19 pandemic as both Vicky and Pednekar had tested positive for COVID during the second wave. The digital and satellite rights of the film have already been sold to Disney Star network and the film will premiere on Disney+Hotstar on December 16, 2022.