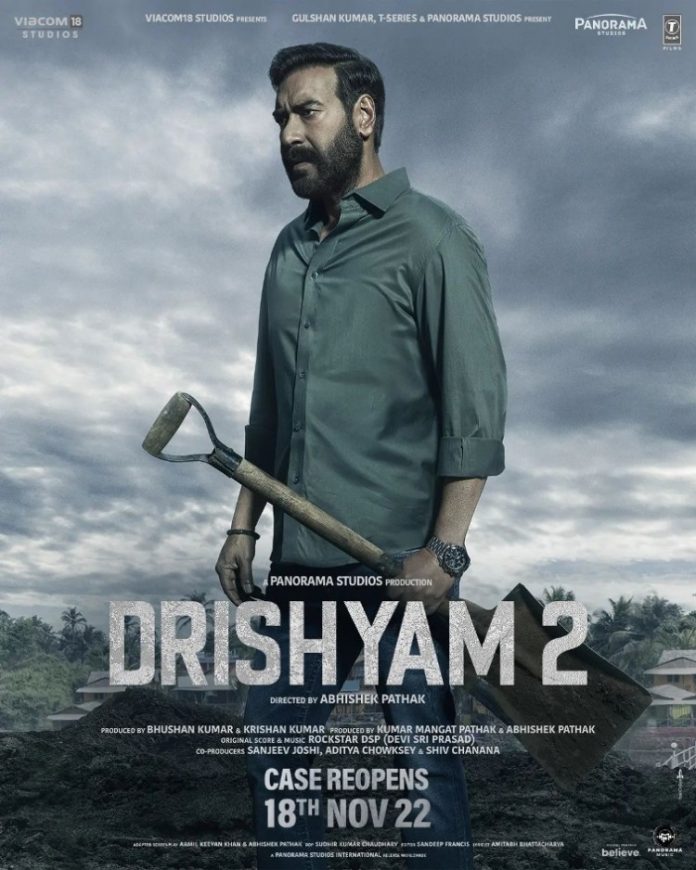 The much awaited sequel in the Drishyam franchise has been released and once again the makers have brought another unpredictable plot. The story continues from the previous film where a teenage boy, who was the son of a cop, was killed by Vijay Salgaonkar’s daughter and wife.

Ajay Devgn who plays Vijay is determined that he will not allow his family to suffer in this case and hides the body of the teenager in the police station. But in the sequel, the police reopens the case and manages to find the body with the help of an eye witness. This is when Vijay is forced to confess his crime. But the audience already knows that Vijay is no ordinary man and would surely come up with a solution.

This time the case is handled by Inspector General of Police Tarun Ahlawat played by Akshaye Khanna. His character in the film has brought depth to the story. Ajay plays the composed and calm person Vijay and has once again mastered playing the character. Laxmikant Gaitonde played by Kamlesh Sawant has also been reprised and his character in the film is also entertaining. Shriya Saran also looks promising with her simple look and has done justice to her character. Vijay’s daughters Anju and Anu played by Ishita and Mrunal respectively have again done well with their characters as sincere daughters.

There are a few moments that might seem disturbing, but the climax is the most satisfying experience. The makers have added a few more characters in the film to help with the plot. Tabu and Rajat Kapoor have also done well with their characters and have maintained their stance. A must watch for those who have already watched Drishyam. This time, apart from Ajay Devgn, Akshaye Khanna has managed to grab a lot of the limelight.