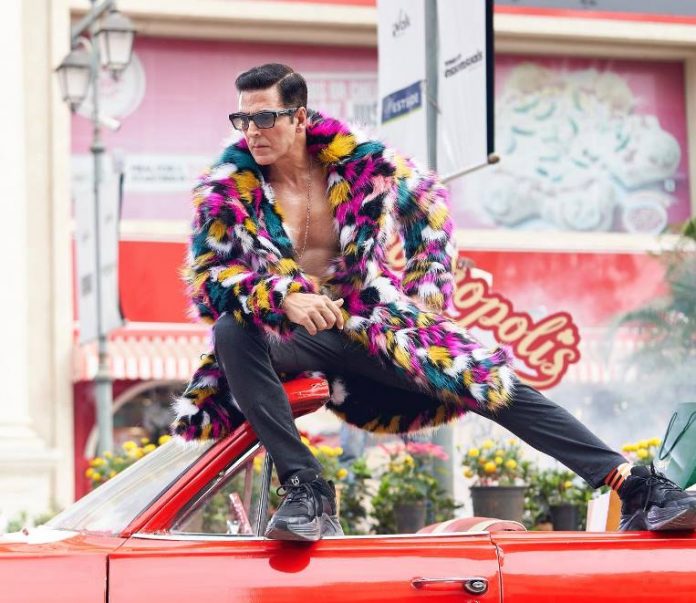 Another picture that was shared had shown Akshay in a multi-colored fur jacket as he sits on a car rooftop. With the picture the Khiladi star shared that he is shooting for a song for Selfiee. Akshay also revealed that the film will be released on February 24, 2022.

Soon after the post went online, the post went viral and the fans started to pour in love as they expressed their excitement. Talking about the upcoming film, it also features Nushrratt Bharuccha and is an official Hindi remake of the Malayalam flick Driving License. The original film had Suraj Venjaramoodu and Prithviraj Sukumaran.

More details of the film have not yet been revealed. Emraan, a few months back had posted a picture with Akshay on the sets and had tagged him as OG Khiladi. The two are expected to be seen in the revamped version of Main Khiladi Tu Anari.