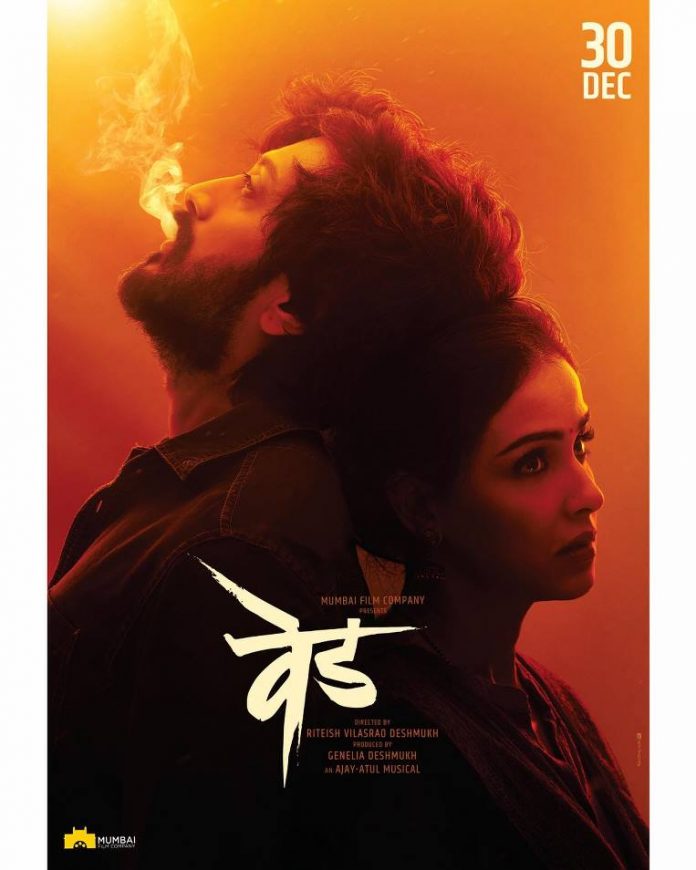 Indian actor Riteish Deshmukh has launched the official trailer of his upcoming Marathi film Ved on December 13, 2022. Riteish took his Instagram account to post the trailer and captioned it as ‘Amcha Ved’. Soon after the post went viral the comment section was flooded with love from fans and followers. The upcoming romantic action flick also stars Genelia D’Souza and Salman Khan is expected to make a cameo appearance.

The film Ved will mark the directorial debut of Riteish which is all set to be released in theatres on December 30, 2022. However some of the fans have claimed that the film Ved is the Marathi remake of the Telugu flick Majili which had Naga Chaitanya and Samantha Ruth Prabhu in lead roles.

On the work front Riteish was last seen in the film Mister Mummy opposite Genelia and was directed by Shaad Ali. But the film did not perform well at the box office. The actor is also due to be seen in the upcoming horror comedy flick Kakuda which also has Sonakshi Sinha and Saqib Saleem in lead roles. Riteish surely has a good record in terms of comedy and the audience is surely looking forward to it.