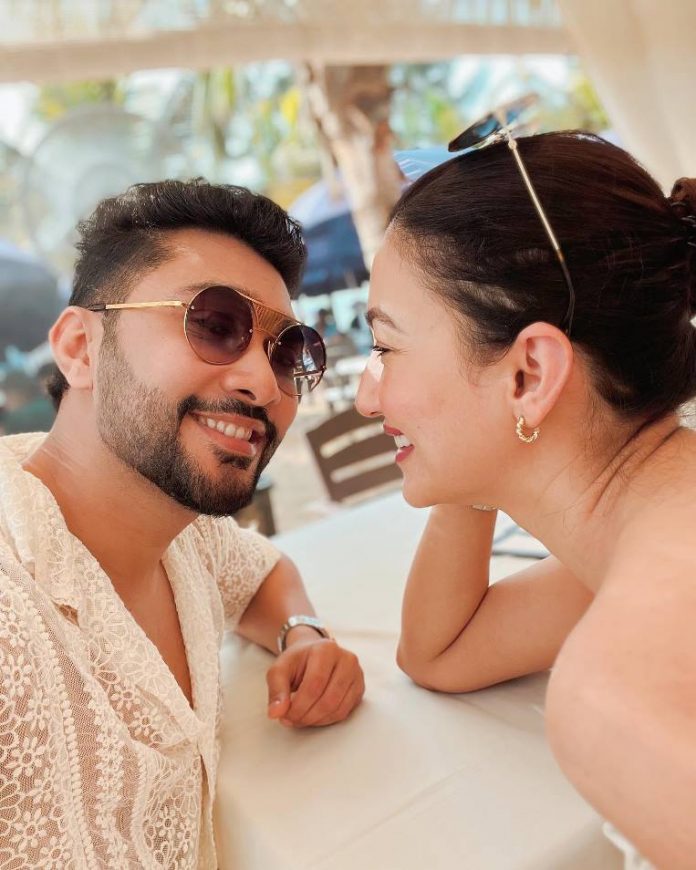 Indian actress and model Gauahar Khan is expecting her first baby with husband Zaid Darbar. The couple made an official announcement about the happy news with the help of an adorable video posted on Instagram. The animated video posted had asked their fans, followers and friends for love and prayers as they begin their new journey.

Soon after the post wet viral, industry friends, family and well-wishers flooded the comment section and showered them with love and best wishes. The couple has an interesting love story as they fell in love during the lockdown and got married in December 2020.

Ever since then the couple has been active on the Instagram and treat their fans and followers with a number of posts with updates. Gauahar Khan is the winner of the season 7 of Bigg Boss hosted in 2013. She has also worked in a number of Bollywood films including Begun Jaan, 14 Phere, Rocket Singh: Salesman of the Year and more.