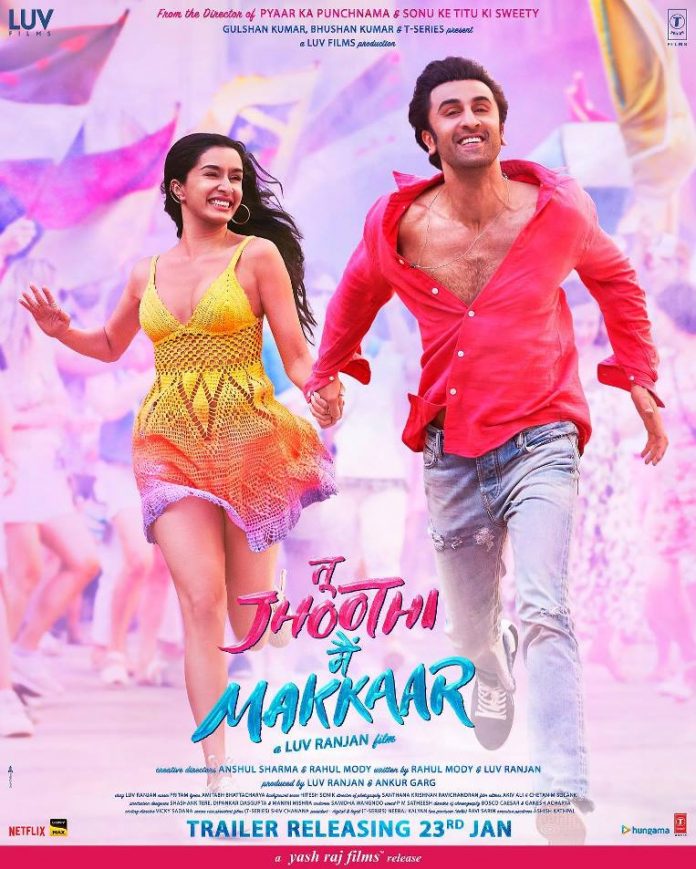 After showing off an interesting and a fun-filled teaser, makers of Tu Jhoothi Main Makkaar have launched the official trailer on January 23, 2022. Going by the trailer, makers have brought back romance to the screens in 2023 style. This is the first time Ranbir Kapoor and Shraddha Kapoor will be see sharing the screen space.

The fresh couple has shown some amazing on-screen chemistry with some hilarious dialogues along with some unexpected twists and turns. The trailer stars with Shraddha and Ranbir kissing at the beach while Ranbir’s voice plays at the background while talking about relationships.

The story has Ranbir and Shraddha who fall in love with each other but then Shraddha wishes to opt out of the relationship without taking the blame on herself. The upcoming romantic comedy is helmed by Luv Ranjan who has earlier entertained the audience with the films like Sonu Ke Titu Ki Sweety and Pyaar Ka Punchnama.

Luv Ranjan while talking at the trailer launch said that the subject of love is complicated but the film will be talking the audience on a fun roller coaster while narrating relationships in today’s world. The director has also assured that the film is for audiences across all ages. Tu Jhoothi Main Makkaar will be released in theatres on March 8, 2022 right in time for the Holi festival.