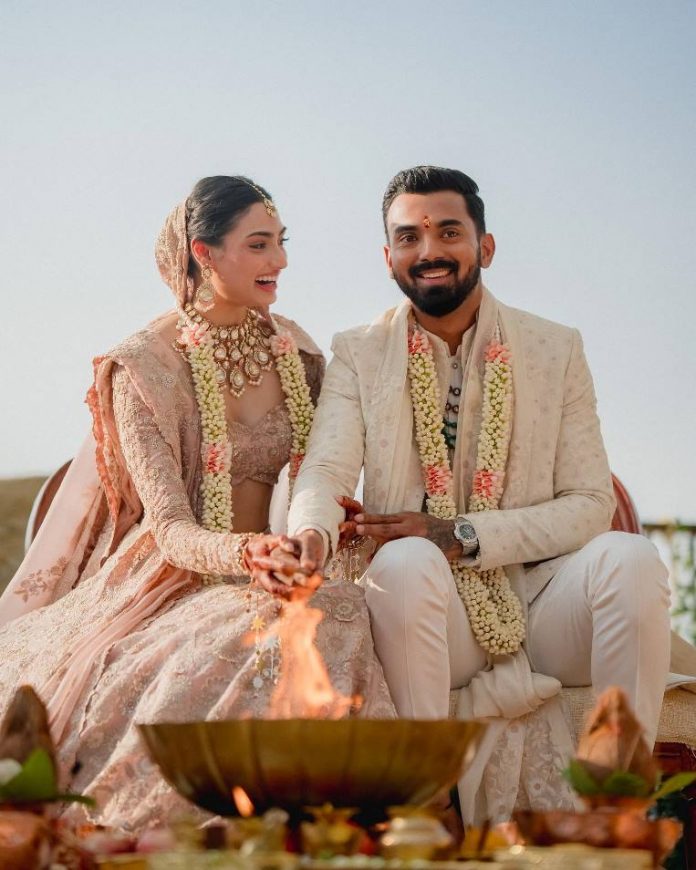 Indian actor Suniel Shetty’s daughter Athiya Shetty got married to her long time beau KL Rahul on January 23, 2022. The news about their wedding had been doing the rounds since a long time but the Shetty family never confirmed about the progress. The wedding festivities had been going on since a few days at the Khandala Bungalow of the Shetty family.

Athiya Shetty and KL Rahul posted a few special moments from the wedding on their Instagram accounts to share the news. Reports say that the wedding was a very closed affair with just 100 guests in presence. Not many Bollywood attendees were there at the venue but it is said that the couple will be hosting a grand reception for their friends and family from the industry.

The couple had also insisted on a ‘no-phone’ policy at the wedding ceremony which has become a commonly practiced policy among the celebrities these days to protect their privacy. Reports say that the mobile phones of all the guests were taken away.

Actor Suniel Shetty had confirmed the news after the wedding and had distributed sweets among the eager paparazzi. He thanked everyone and announced that he is now officially a father-in-law. He also informed that the wedding functions were small yet beautiful and thanked everyone for the love and wishes.