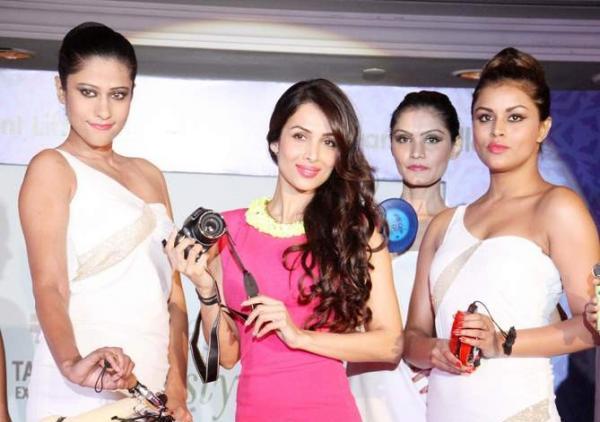 BollywoodGaram.com: Hot item girl of Bollywood, Malaika Arora on October 25, 2013 was seen promoting the Taiwan Excellence Campaign 2013 in New Delhi. Malaika was spotted posing with models in order to display electronics items, along with a concept circle.

The ‘Munni Badnam Hui’ actress arrived at the event dressed in a pink dress and black heels. As usual, the actress – who is also the wife of actor Arbaz Khan – was glowing and looked naturally beautiful with long wavy hair and minimal makeup.

During the event, Malaika said that she is honoured to be a associated with TAITRA for the last three years and has been the endorser since 2011.