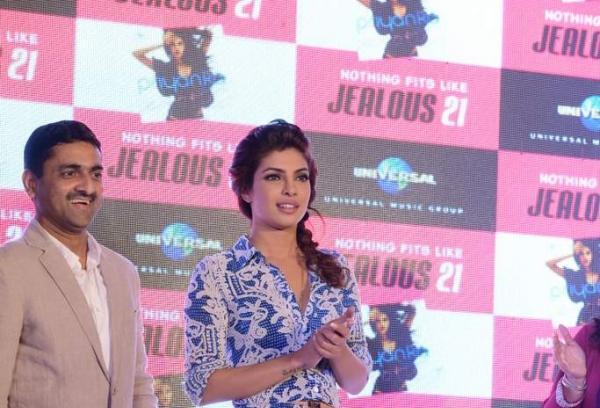 BollywoodGaram.com: Actress-turned-singer Priyanka Chopra on October 25, 2013 celebrated the success of her single ‘Exotic’ with Jealous 21. The ‘Kaminey’ actress was wearing a hot blue and white dress and had her hair tied up for the occasion.

During the event, the actress was asked if she intends to work in Hollywood after the international success of ‘Exotic’, to which she replied that she considers herself an actor, so it does not matter if it is Hindi, English, Punjabi or even Tamil. The ‘Agneepath’ actress went on to say that she will be a part of the movie as long it is a fun part.

The actress also said that she does not have any plans at the moment, but she does want to work in Hollywood.