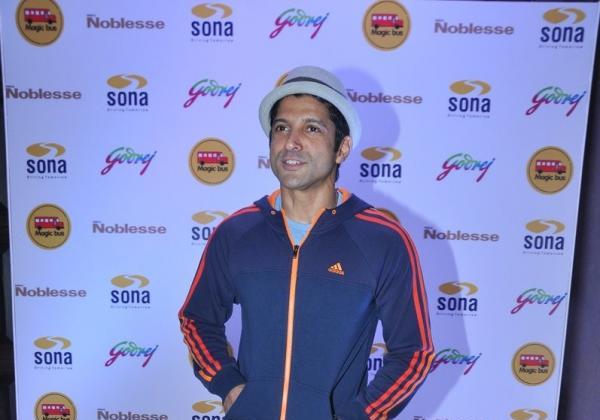 Before the event, Farhan wrote that he was looking forward to it in order to support the mentoring work done by Magic Bus India. The stars arrived at the event to help raise money for the NGO Magic Bus. The NGO helps in supporting about 30,000 children in the state of Maharashtra.

The charity event was also attended by actress Mandira Bedi.