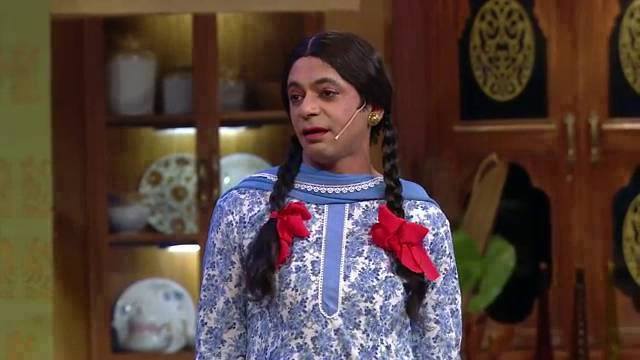 BollywoodGaram.com: ‘Comedy Nights With Kapil’ is a show which has managed to win many hearts in the country. Apart from Kapil and his comic timing, other characters, including Daadi, Palak and Gutthi also became favourites among the audience. However, recent reports have claimed that Sunil Grover – who plays the role of Gutthi – will leave the show for good.

Sources familiar with the issue said that there were some creative differences among the team and that money was not an issue in this situation. Sunil most not likely will not be returning to the show as his contract has ended and he also has some prior commitments.

More sources added that Sunil has great respect for Kapil and the show, which has given him a lot of popularity. Sunil is happy about the fact that through the show he could make people laugh and was part of a great team. The songs and introductions done by Gutthi on the show were loved by the audience.

Apart from playing Gutthi, Grover also played several other characters and showed off his versatility. One of his episodes with Ranbir Kapoor managed to become one of the most popular ones. Kapil has once again established himself with a new set, after the whole place was burnt due to short circuit.