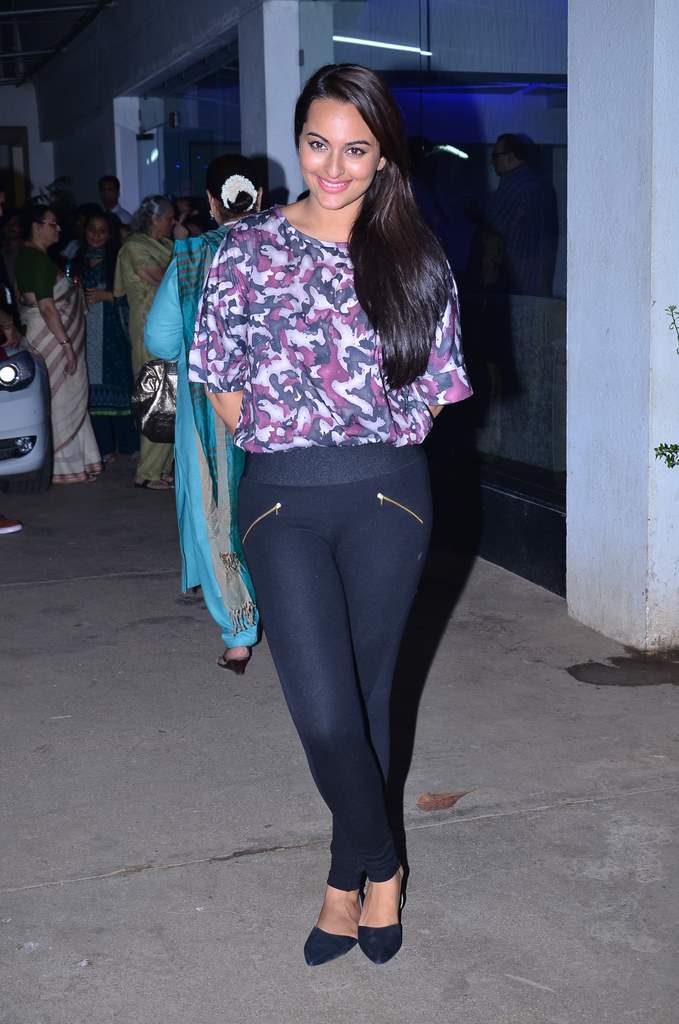 BollywoodGaram.com: Special screening of the upcoming flick ‘Bullet Raja’ was on November 25, 2013 attended by the lead actress Sonakshi Sinha. Sinha appeared at the event along with her mother Poonam Sinha and brother Luv Sinha.

Another screening of the movie was held on November 23, 2013, which was attended by Saif Ali Khan, Kareena Kapoor and Karisma Kapoor. Sinha has been cast opposite Saif in the movie, which has been set in Uttar Pradesh and deals with political and industrial powers of the state.