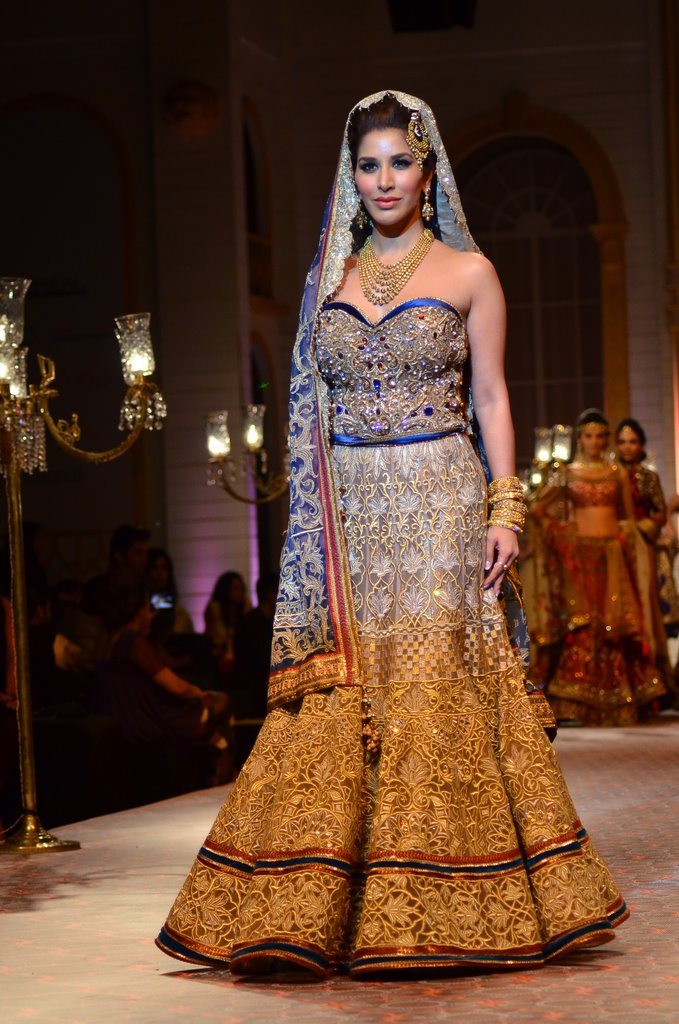 Sophie was seen in a heavy golden and blue bridal legenga, which stole the show. In recent times, the singer and actress has been appearing at many social events and this time, she wowed the crowd in a magnificent outfit designed by Mandira. In 2013, the actress was seen in movies ‘Once Upon A Time in Mumbai Dobara’ and ‘Shootout at Wadala’.