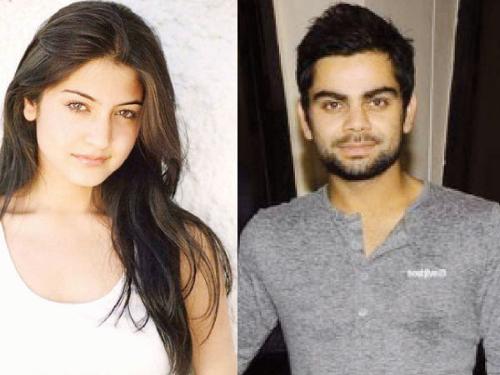 BollywoodGaram.com: In recent times, rumors are swirling that something is happening between Anushka Sharma and cricketer Virat Kohli. The latest reports have claimed that the cricketer was spotted outside the residence of the actress, before he left for South Africa.

The reports stated that at 10:45 pm,  Anushka and Virat left her place and stepped out of the elevator on the second floor parking area of the building. While saying goodbye, the actress was seen giving Virat a quick kiss.

Both seemed happy and kept looking back at each other until the car left the parking area. Meanwhile, the entire team was seen at the Mumbai Airport and Virat was the only one who was not present and he might have joined the team later. However, this is not the first time the cricketer is seen with Anushka. Anushka and Virat first met when they were shooting for an ad and they had an instant connection.

Since then, the two have remained in touch and whenever he is in Mumbai, he makes sure he can meet Anushka. Earlier, the actress was dating Ranveer Singh, but their relationship has become the thing of the past and ended in 2012. The two even appeared on ‘Koffee With Karan’ and they looked very much in love.