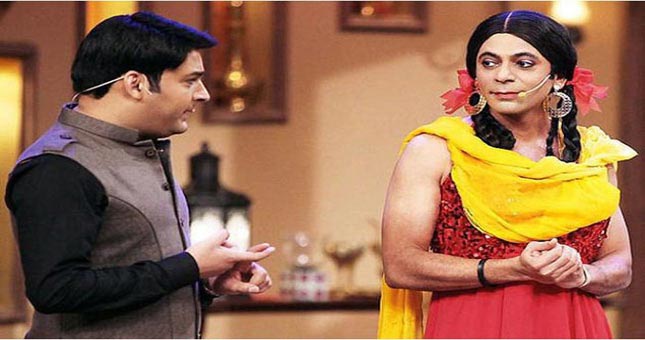 BollywoodGaram.com: A lot has been said about the character Gutthi, which was played by actor Sunil Grover on ‘Comedy Nights With Kapil’. Now that the actor is no longer part of the popular show, he is ready to take on a new look on screen.

Grover parted ways with the Kapil Sharma show due to either creative or financial differences. Later, rumors were circulating that Sunil intended to start his own show which would feature Gutthi. However, Viacom 18 issued a legal notice saying that the character of Gutthi is an intellectual property of ‘Comedy Nights With Kapil’ and that any intentions to copy it would be punishable.

Grover then said that ‘Comedy Nights’ or the channel do not have any rights to the character of Gutthi. ‘Comedy Nights’ is yet to find a replacement, but there are rumors that the role has been offered to Navin Prabhakar and Raju Srivastava. Meanwhile, Gaurav Gera entered the show as another lady during a special guest appearance on ‘Comedy Nights’, while people wondered if Mrs Pammi Pyarelal – which is his name on the show – was the new Gutthi.

Soon after however, it was learned that Pammiji played a brief role as Dulhari and then made her exit. The battle for Gutthi is still on as Grover is planning to launch ‘The Gutthi Show’, but in the meantime, he is all set to be seen in a new avatar of Kunwari on the reality show ‘Boogie Woogie’.