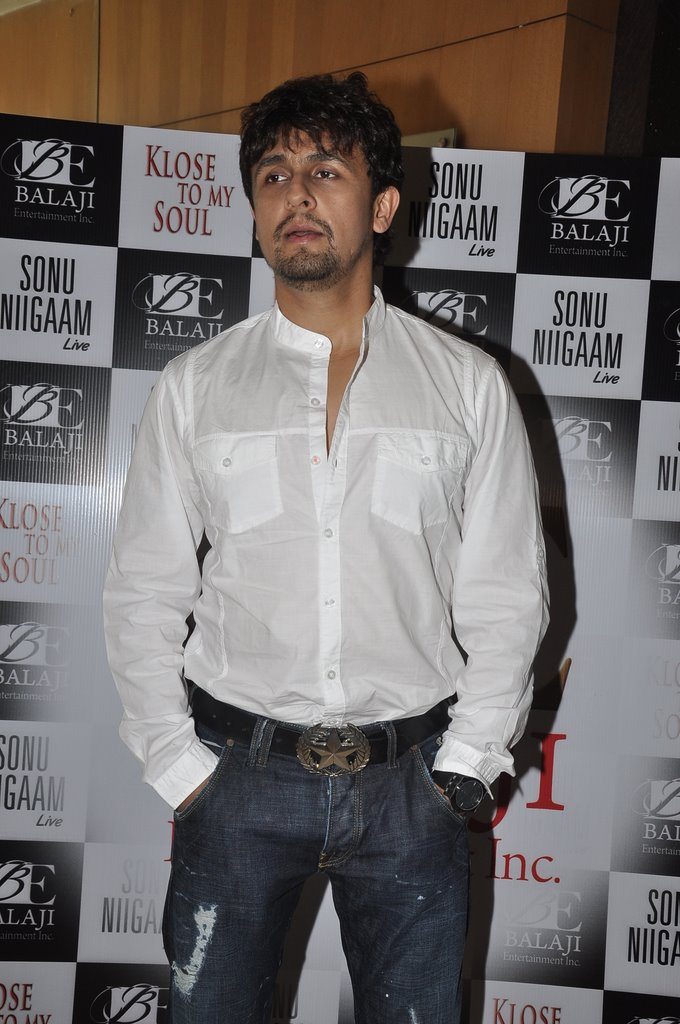 BollywoodGaram.com: Bollywood singer Sonu Nigam announced his upcoming world tour, titled ‘Klose To My Heart’ in Mumbai on December 5, 2013. The Indian singer hosted a press conference to announce the world tour and appeared in a white shirt and a pair of jeans for the occasion.

During the press meet, Nigam said that the Indian shows have always been very simple and have a small orchestra and four dancers. The singer went on to say that even he has been a part of such shows and now he wishes to improve it and take it to another level.

Sonu went on to say that the sound and backdrop will be costlier and even the number of team members will increase.