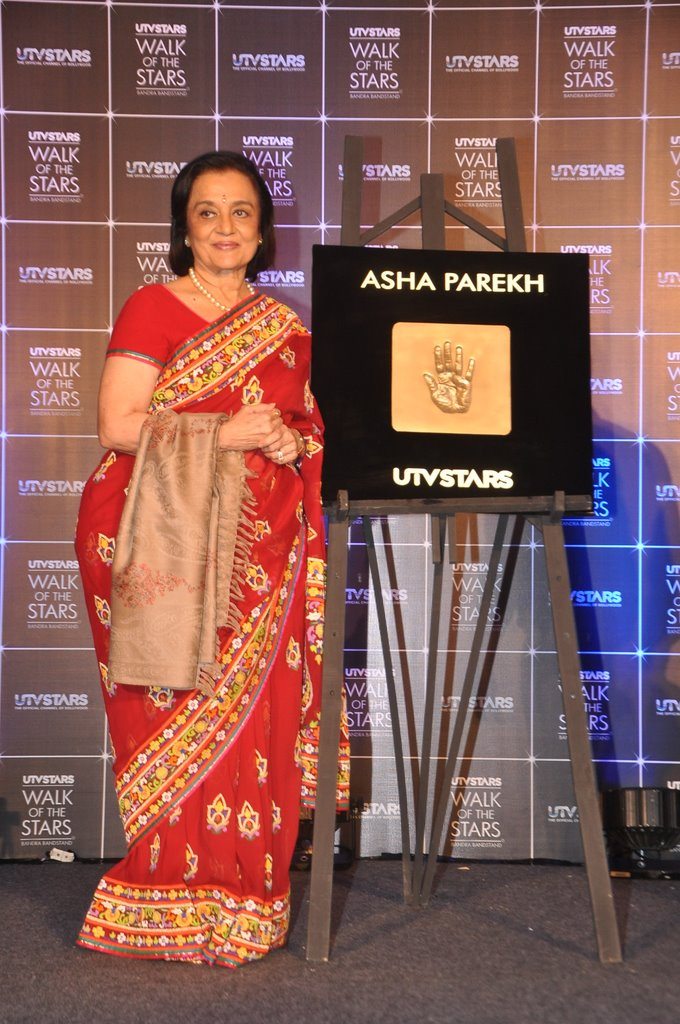 BollywoodGaram.com: Veteran Bollywood actress Asha Parekh was present at an event where she unveiled her hand print tiles at JW Marriot Hotel in Mumbai on December 6, 2013. During the event, Asha explained that the songs these days lack good lyrics.

Parekh said, “Films have changed and nowadays it is looking more superior on screen. Artists are working hard to prove themselves”. The 71-year-old former actress is known for her songs like ‘Parde Me Rehne Do’, ‘Aaja Aaja Main Hun Pyaar Tera’ and ‘Khat Likh De’.

Parekh expressed that it saddens her that the today’s songs do not have the same charm as they did in the past. The event was also attended by Dimple Kapadia, Helen and Jackie Shroff.